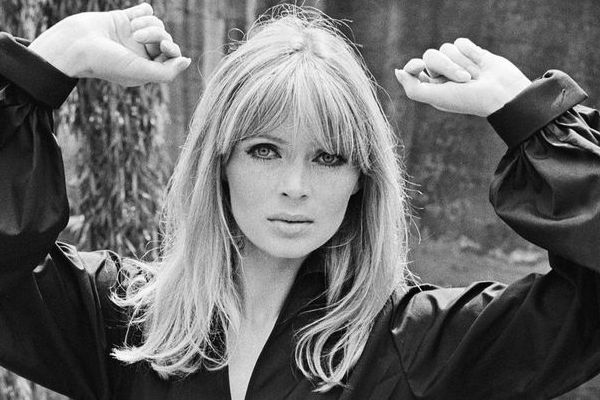 Nico was one of the most original and charismatic rock stars of the post-war era. She starred in Fellini’s La Dolce Vita, fronted The Velvet Underground, and then unleashed a series of dazzling and at times, terrifying solo albums.

Dr Jennifer Otter Bickerdike is a rock & roll cultural historian and author. Her latest book is a biography of Nico – who has become a semi-mythical figure since her sudden death in 1988. We caught up with Jennifer to find out more about Nico’s life and work.

First of all, how did you discover Nico’s music? “It was that scene in The Royal Tenenbaums where Margot Tenenbaum gets off the bus and These Days by Nico is playing. It’s so beautiful, so perfect, and so dysfunctional and it ticked every box for me. I then got the Chelsea Girl album. I’d be lying if I said I could listen to a Nico album all the way through. I find the records really, really intense.”

Was The Velvet Underground a logical destination for her, or did she stumble into it by accident? “Nico was a woman of two sides; she said ‘I always get there too late or too early.’ At the same time she always found the right people. I don’t know if The Velvet Underground was meant to be, but Nico did have an excellent way of figuring out the people she needed to get to the next step. Remember, she came from war-torn Nazi Germany. Her whole life was about trying to shrug off that identity.”

“The one thing she had going for her was her appearance, and she hated that. She knew it was a commodity she had to barter with, and that gave her access to a lot of people and she was able to build a network.”

What kind of relationship did she have with Lou Reed? “For a time they were enamoured with each other, but that quickly turned into resentment from Lou Reed’s end. Andy Warhol gave the band full use of The Factory, his name (he was like the Kim Kardashian of the time), and yet, he tells them they have to have this person they don’t really know as the lead singer.”

Nico had little singing experience before she joined the band – she’d recorded some records in the UK but never performed in the US. “Nico is thinking this is my backing band. So there was a massive communication clash from the beginning. In all the newspaper clipping from that time it’s Nico & The Velvet Underground. This made Lou Reed very jealous and you can understand why.”

Her first solo album was Chelsea Girl, do you see that record as an anomaly in her catalogue. “Yes, she didn’t write any of the songs on that album. They were all given to her by other people. There was a folk rock artist called Judy Collins at the time. I think they were trying to craft Nico into being the next Judy Collins. You know, it’s like saying we have Pearl Jam so now let’s have Soundgarden. Nico hated it. I don’t think she even knew that she could be an artist in her own right until she hooked up with Jim Morrison. They were equals. He unlocked her songwriting.”

And when it was unlocked she made an album called The Marble Index, one of the strangest and most unnerving albums ever recorded. John Cale from the Velvet Underground produced it. “The album clocks in at just under 30 minutes. The legend goes that Frazier Mohawk (the other producer) and Nico were very high on heroin for most of that album. You hear some of that tension of addiction and darkness, and also what it means to be a woman in rock and roll at that time. John Cale is an unsung hero. He could connect with Nico. He could harness her ideas and make them into fully formed songs.”

“Iggy Pop mentions in the book that you have these two weirdo Europeans in America making music. Iggy describes when he first met Nico. John Cale was producing an Iggy & The Stooges record and Nico was there. He said they were like Mr and Mrs Munster. John Cale has this crazy black cape with pink velour lining and Nico is sitting there knitting. She’s all dressed in black. The sensibility is very different from anything else at that time period.”

Perhaps unsurprisingly, Nico didn’t have chart success with her increasingly gloomy albums. She had virtually no income. “Nico was poverty stricken for a lot of her career. When she made music it was because she had to make music. It was not commercial value, it was artistic expression she was going for. Nico never really had a plan or a goal.”

Nico certainly had affairs with some of the most high profile figures of the day, not least Jim Morrison. “I’ve heard different things from different people in terms of who the love of her life was. Also, I’ve done interviews on TV where the banner will say ‘Rock and roll’s biggest groupie.’” Meaning Nico, not Jennifer!

“A dude is not going to have that. If it was a guy having sex with all these chics it wouldn’t say that. In terms of which way she went, I think she used her sexuality to get ahead. I think she used sex to find comfort and belonging. Later in life she would have been happy to have a relationship with a man or a woman. Someone who accepted her for her. I don’t think she was ever that interested in sex though. I think Jim Morrison was her soulmate in a lot of ways. I also heard that the filmmaker Philippe Garrel was the love of her life. I don’t really know. I think to love someone else you have to love yourself, and Nico never really loved herself.”

Nico washed up in Manchester in the 80s. She was broke, as ever, and she began a new phase in her life. “A guy named Alan Wise books her to play in Manchester. He was in the Factory Records scene. Alan Wise was captivated by her.” He convinced her to move to Manchester and became her agent. She swapped heroin for methadone. She got a band together, made more albums and toured extensively.

“I think it was the first time in her life that she found people who really cared about her.” Although she cleaned up her act slightly, she never really got past drugs. “She was never straight edge. I don’t think she was on the road to destruction, but she’d drink and have hash. Nico wasn’t clean when she died.” She fell off her bike in Ibiza and passed away aged 49 from a brain injury. She had gone out to score hash.

Since her death she’s become an unlikely pop culture icon. How would Jennifer sum up her legacy? “I think Nico has the last laugh. Especially if you look at how popular culture treats women. She lived 100% by her own rules. She was treated like garbage by the press and record labels, but she still carried on.”

“Nico made art because she had to make art. She was a poet and she had to get these ideas out. To me that’s the most inspirational thing ever. She said her only mistake was not being born a man. Hello, you could say the exact same thing now. It’s been a long time since she passed away but she shows that you can make records on your own terms, and that’s her legacy.”

You Are Beautiful and You Are Alone: The Biography of Nico is out now.