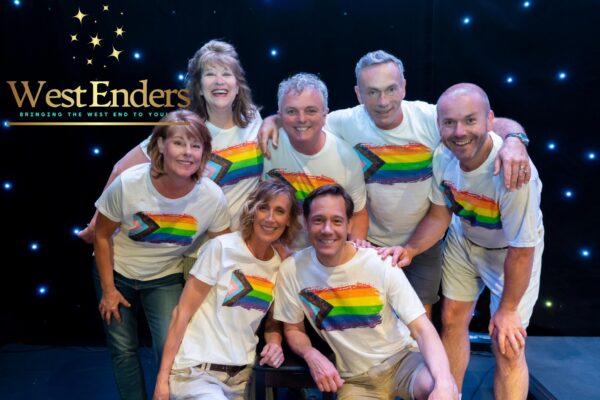 For one night only at The Old Ship Hotel on Thursday, September 29, musical theatre sensation The WestEnders will be treating Brighton to an unforgettable entertainment extravaganza in aid of local HIV charity the Sussex Beacon. The new date has been announced due to the passing of HM Queen Elizabeth II.

The WestEnders features six incredible performers who between them have appeared in more than 20 of the most popular and prestigious West End shows; Beauty & The Beast, Les Miserables, Miss Saigon, The Phantom of the Opera, Jesus Christ Superstar and many more. One of those performers is the delightful Jill Nalder (It’s A Sin), one of the Sussex Beacon’s wonderful patrons.

Held in aid of the Sussex Beacon, this is a rare opportunity for musical theatre fans to indulge their love of the stage, in a cabaret setting, with a few surprises thrown in for good measure! The WestEnders will be performing songs from many of the world’s most successful musical shows.

Doors open 6.30pm. Tickets £30 each, include meal and a drink. To purchase, and for more info, including group bookings, CLICK HERE