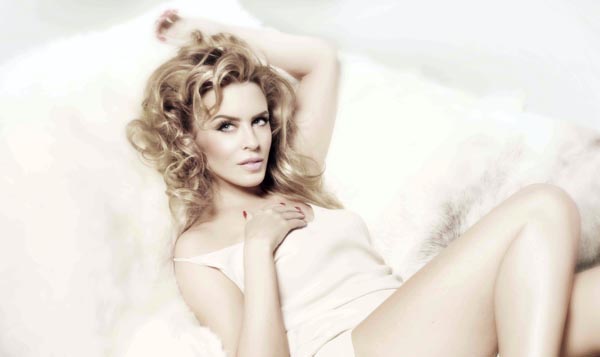 Gscene have 10 pairs of tickets to give away to see pop princess Kylie Minogue and Grace Jones at Barclaycard presents British Summer Time in Hyde Park on Sunday, June 21.

Prepare for an unforgettable day of floor-filler hits from the universally-adored Kylie Minogue, who is one of the top pop entertainers on the planet, famed for her fabulous and extravagant live shows.

Kylie took her awesome Kiss Me Once tour around Europe last year, featuring renditions of her greatest hits and she is once again causing a stir on her latest collaboration with disco legend Giorgio Moroder, Right Here, Right Now, the first track to be released from his forthcoming album.

Kylie has sold over 70 million records worldwide in a career spanning over 25 years, and has clocked up 33 UK Top 10 singles, including seven No. 1 hits including I Should Be So Lucky, Spinning Around and Can’t Get You Out of My Head.

Taking place just one week before Pride in London, this pre-party Diva extravaganza will get you in the mood for the capital’s colourful annual LGBT+ celebration on Saturday, June 27.

Pride in London will head up The Carnival Stage with an eye-popping line up that will be unlike anything you’ve ever seen in the history of Barclaycard presents British Summer Time Hyde Park – including a performance by the winner of Pride’s Got Talent 2015.

Deputy Chair of Pride in London, Stephen Ward, said: “Pride in London is thrilled to be taking over the Carnival Stage with some of the best and freshest talent from the LGBT+ community, including winners of Pride’s Got Talent 2015. It’s going to be an amazing start to Pride week.”

♦ The Who, with Paul Weller, Kaiser Chiefs and Johnny Marr on June 26 and

To win a pair of tickets to see Kylie answer the following question by email to: info@gscene.com no later than Tuesday, June 16 at noon. Please include your full name, address and telephone number for how to contact you.

Question: What character did Kylie play in the Australian soap, Neighbours (Full name).