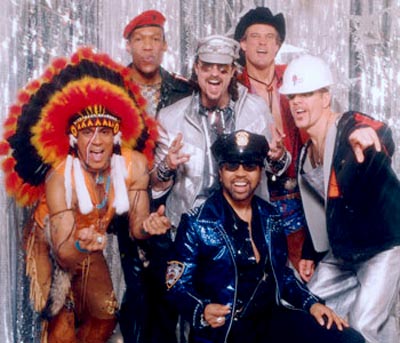 Disco is not dead! Village People to appear at Stockholm Pride to show all the old dance moves are alive and kicking!

WITH a number of timeless classics including- In the Navy, Go West, Macho Man and of course YMCA, the band has sold over 100 million records.

The debut album Village People was recorded in 1977 before the group was actually formed and featured Victor Willis and back-up singers.

Demand grew for a band to perform live and following an advert in the media saying; “Wanted – macho men for well known disco group, must dance and have a moustache”. The rest is, well, history!

“Booking this legendary band was done with so much joy, I can’t wait to see the whole audience in Pride Park dancing to YMCA. My mail goal with this festival is to bring butterflies to everyone attending Stockholm Pride, I think this concert will definitely do that,” says Gunn Lundemo, stage producer Stockholm Pride.

Stockholm Pride is the largest Pride festival in Scandinavia and will take place in Stockholm city center between July 29 and August 4 in 2019.

Village People will perform on the main stage in Pride Park on August 2, 2019.