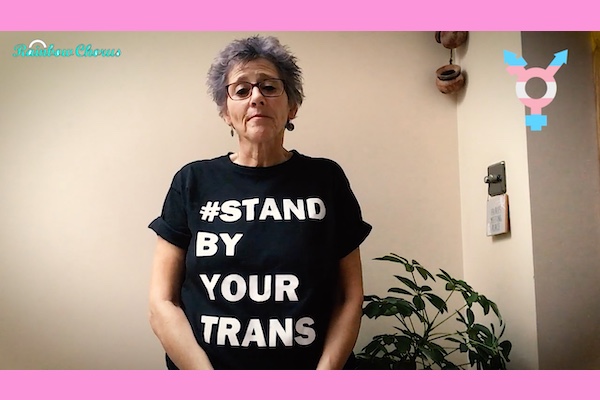 As an inclusive LGBTQ+ community choir, the Rainbow Chorus participate in Transgender Awareness Week and would usually take part in a Trans Day of Remembrance (TDoR) observance event to help raise the visibility about transgender people and address issues members of the community face.
As the choir is unable to join in physical union for TDoR and stand in solidarity with the Trans community, they have come together online to produce a stirring video dedicated to those trans lives lost. The video itself is an act of remembrance as it has a list of all the names of the people reported to have been murdered by anti-trans violence in the last 12 months.  At the time of writing this stands at more than 350 people, we mourn each one.
The Rainbow Chorus say: “Hate crime is everyone’s issue and we remain committed to continued awareness raising, advocacy and utilising our voice to celebrate the diversity within our community.”