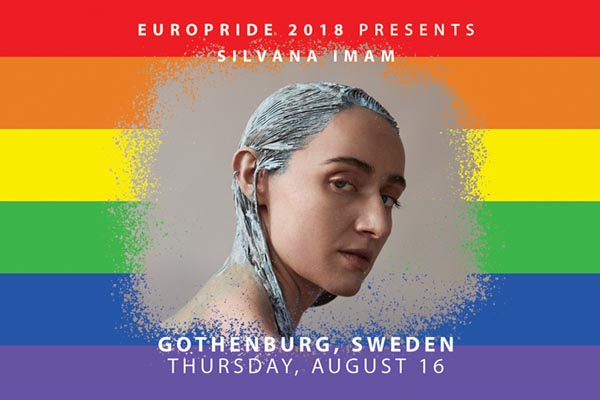 Her acclaimed sequel album Naturkraft was released in 2016 when her Regnbågsfärger över Sverige tour took place throughout Sweden, Denmark, Finland and Iceland.

In 2017 she took a break from touring. She released two new singles, a coffee table book and a documentary film about her life and career which premiered in September 2017 and has been playing cinemas in Sweden and film festivals around the world.

Imam’s first single in 2018 Vikken Da from the upcoming album Holy Mother is a call for changes in society. Patience is over, patriarchy powers are dead and across Europe there is a shift of power evident from different emerging political and social movements. This is more than rap music!

Silvana says: “With ‘Holy Mother’ I have experimented and challenged myself, my ways of making music and my voice more than I ever did. I’ve been uncomfortable and those feelings have led me to make the best songs I’ve done to date”.