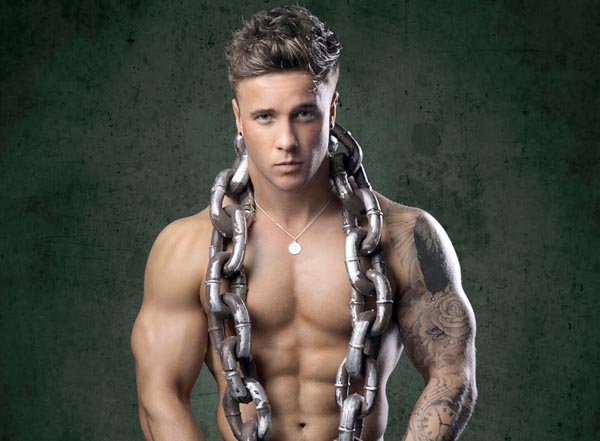 For one night only, on September 24, Brighton’s Theatre Royal plays host to stars of stage and TV for a very special, gala variety performance, in the presence of The Mayor of Brighton and Hove and the High Sheriff of East Sussex.

Sunday Night at the Theatre Royal will be celebrating fifty years of Rockinghorse Children’s Charity and raising money for Sussex Giving for Sussex Charities.

Starring the UK’s leading female impersonator, the fabulous and multi talented Ceri Dupree, X factor heart-throb, singer and model, Sam Callahan, and Britain’s Got Talent semi-finalist Eva Iglesias, this traditional variety show has something for everyone including a live band.

Sam Callahan who had the girls swooning on the 2013 series of X Factor has been carefully carving a career in music and business for himself since leaving the show. Still just 22 years old, Sam has been writing his own music since he was 14. He worked with Gerry Halliwell at 19 Management before his big break on X Factor, he now has his own record label and is presently working on his new music video.

He says X Factor was “an essential part of my growth as an artist” and he would recommend the experience to everyone. His musical influences are Ed Sheeran and Shawn Mendes and in his set he sings everything from Ben E. King to Stevie Wonder.

Outside of music Sam has his own health and fitness business and takes his own personal fitness very seriously. He has a body to die for, is always happy to get his kit off to show it off and has appeared naked on the front cover of GT. He loves dogs, supports Celtic and West Ham and while his romances with the ladies have kept him in the tabloids, this ex barman from Essex is essentially an old head on sensible young shoulders.

Sunday Night at the Theatre Royal will be directed by West End and touring theatre Director and Choreographer Carole Todd and produced by Rob Reaks and David Bell.

The show on Sunday, September 24 is sponsored by locally-based businesses including Brighton and Hove Buses, Reveries Events, Lloyds Banking Group, SkyFall Hove, Marketing Actually and The Best of Brighton and Hove.