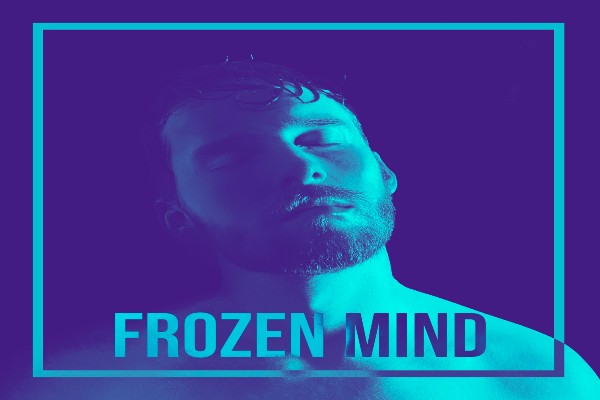 Aaron Sibley was a Pride’s Got Talent finalist, performing on the main stage of Pride in London in Trafalgar Square. He’s just 23 and already establishing a distinctive musical style. His 2018 song ‘Once upon a Time’ reached Moldova’s Eurovision National Finals and his song ‘Wildfire’ was also in the running. He also released a 6 song EP titled ‘Holiday Love’.

Frozen Mind is his latest offering and his most personal release yet. It explores his own mental health struggled and it was written and recorded in lockdown. He arranged, produced and mixed and mastered the song in his own studio.

He explained his thinking behind the song: “The ease of comparing yourself to others on social media often makes you look at yourself in a different, not accurate, light. You see all the things you’re doing wrong, or not achieving. For me, this weighed me down and after staying in bed for a few days, this song came out.”

We’ve all had ample time to overthink in lockdown. It’s been the perfect breeding ground for anxiety. “Everyone goes through their bad days, and some last longer than others. This song is an attempt to explain how I felt when i just couldn’t bring myself to get out of bed,” according to Aaron.

It’s eery in the streets.
The crowds make it hard to see,
society means everyone but me

The song clearly demonstrates his talents as an arranger and producer. It’s a charming example of dream pop and it speaks to the present moment. The song has a Billie Eilish vibe. We’re likely to be hearing a lot more from him in the future.

To listen to the track on Spotify CLICK HERE.

For more music, check out his Youtube channel HERE.