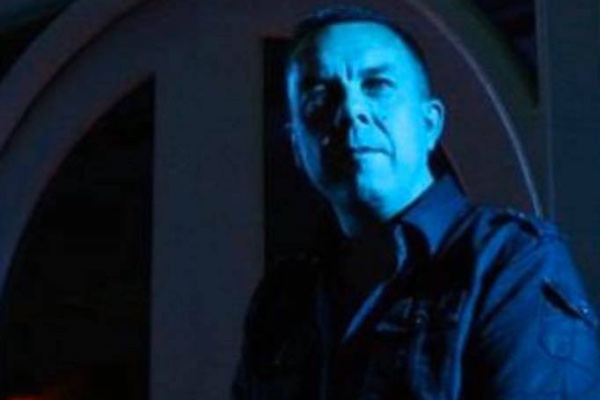 You’ll probably know Colin Blanchflower as ‘The Pianoman’, playing a variety of tunes at our LGBTQ+ venues. Graham Robson caught up with Brighton’s very own music man to find out how he’s been spending lockdown and what he thinks will bring people back together…

Hey Colin, how have you been spending your time?

I have been working from home since mid-March, which has its own stresses and strains. To be honest it has been rather nice having space and time outside of work without commitments, though I do miss playing and also hanging out with friends / making new friends in the actual world.

I’ve been having lots of early nights, less alcohol, hardly any fast food. Plenty of walking without purpose, which has meant the privilege of taking in my surroundings. It is a great blessing to live in Brighton & Hove, some amazing architecture and also of course green spaces and the sea!

Managed to fit in any online performances?

I decided it’s not for me. Though I was invited to take part in the Brighton Bear Weekend virtual event, which was exciting. Recently I have noticed comments and social media threads from those who are seasoned performers and have been doing amazing jobs entertaining us all, they have said how difficult and, in some cases, draining they have found the experience.

Bear Weekend Tea Dances – excellent certain Sunday afternoons, including one for my birthday the other week which was a charity event in aid of the Brighton Rainbow Fund, though at the time of writing I haven’t seen how much if any money has been raised. I have particularly enjoyed online shows from Lady Imelda, Sandra, Miss Jason, Dave Lynn, Jennie Castell, Drag With No Name.

Have you noticed an impact to your creative output?

No live venues to play in, lack of natural mingling and socialising, which would often lead to conversation and potential gig opportunities. That said it has meant I have not had an agenda when playing at home ie specific songs or tunes or genres to learn or to arrange, so it’s been quite nice just to simply doodle about. The same goes for listening to music, I have been able to listen to different kinds of music not solely the tunes and songs I am learning for a specific act or event.

I miss performing live, especially on a real piano, and I am looking forward to accompanying singers and other musicians again. I love watching live performance too, so I hope venues will have the scope to be creative once restrictions are lifted. I have many friends who work in or own venues therefore it would be great for them to get up and running again.

Have the past few months disproportionately affected the LGBTQ+ community?

Given my day job I am aware of the increased isolation and loneliness for people within the LGBTQ+ community and also of increased domestic violence and abuse. Also, a more difficult time for those forced to live in households who may not be aware of or appreciate the issues facing people who identify as LGBTQ+.

I intend to get back to swimming at least three times a week as soon as they reopen. Hopefully will keep up the decent bedtimes and getting up early to enjoy the day. It would be great to get back gigging again as a solo act, with singers and drag, and with a band. Also, I teach basic keyboard and piano so may do more of it.

The year started with some embryonic collaborations currently on hold so hopefully I’ll get these moving again. I am always open to musical offers.

Do you think the LGBTQ scene will bounce back stronger than ever?

Music and laughter are great healers and great at binding people together. LGBTQ+ people are resilient; a community with dreams and aspirations, many with creative flare and ingenuity yet to be realised. Now is the time to open the door, trust one another, try new innovative ideas and the unknown.

Any words of wisdom to see us through?

A friend gave me a picture of words as a birthday gift a few years ago the sentiment I like “Only ever look back to see how far you have come”.