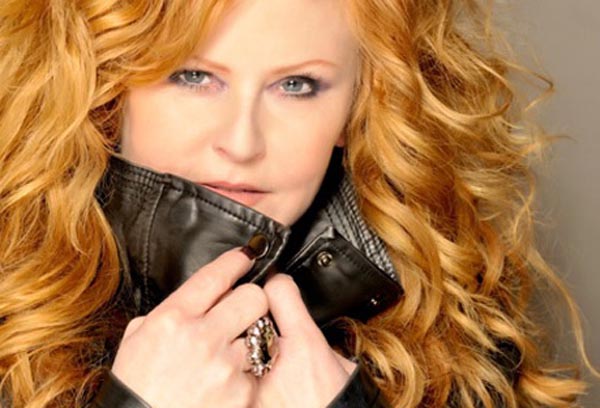 Whenever You Need Me, I Will Be With You: T’Pau Live at The Royal Vauxhall Tavern; Friday, July 3, 2015.

T’Pau, fronted by the formidable Carol Decker are a band enjoying something of a renaissance since a successful 25th Anniversary Tour in 2013. Their return to the touring arena has not least of all revealed something of an LGBT following, cemented by this one-off acoustic show at The Royal Vauxhall Tavern (RVT).

Packing out a venue with no real outside space during the warmest July recorded is no mean feat as the gays can be a picky bunch, but rammed to the rafters the RVT was and Ms. Decker et al kicked off with the ballsy Secret Garden, reminding an appreciative crowd “I wrote this about the transgender community nearly 30 years ago” delivered with such confident panache as if to say “listen bitches, I’ve always had your gender bending back”.

All studio trickery unplugged, the gig was a perfect mix of career staples from the multi-platinum selling Bridge of Spies, and a handful of tracks from the 2015 release Pleasure & Pain with an unexpected Hotel California thrown in, which audience considered, appeared in itself to be a nod to recent developments in the U.S. “plenty of room at the hotel California”. The crowd lapped it up, old hits and new cuts alike and as the latest release Read My Mind was received with deafening appreciation, La Decker reminded her early ‘90’s detractors what they had missed: “When you can pull it back to just voice and guitar, that’s the sign of a great song!” if Ms Decker ever did doubt her own staying power, the opposite was on show tonight.

Live performance has always been T’Pau’s strength and although Decker holds her crowd with such effortless polish through every note, click and theatrical wink, she’s backed by a cracking line up which includes her original composing partner and founding member Ron Rogers. Valentine and I Will Be With You showcased the harmonising vocal talents of all five musicians on stage, and anthemic set closers Heart & Soul and China In Your Hand remind us all why we were captivated first time around.

With a remastered and repackaged multi disc re-issue of Bridge of Spies due out later this year, we can only gawp in admired agreement during the final cry of Monkey House: “Now you’re gonna listen to the things we say!” Yes Carol, there is more to this feeling, we’re all eyes and ears.

T’Pau play The Jazz Café, Camden on July 25, and tour the UK with Go West and Nick Kershaw, October through December.