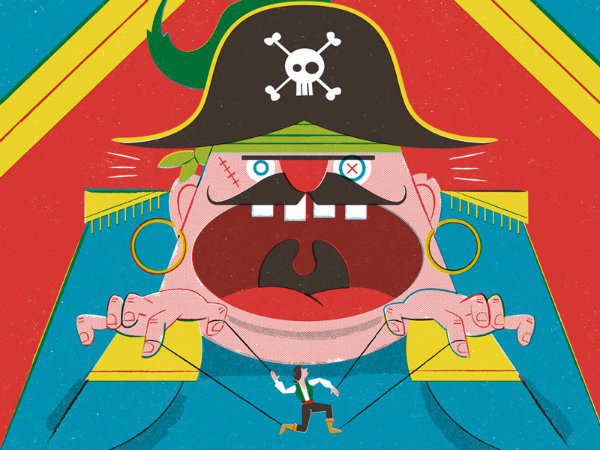 The Pirates of Penzance

Mike (I’ll never direct an opera) Leigh who succeed so well with the original has handed the directorship over to Sarah Tipple who has kept the bounce and sheer joy of the original while subtly working some refining magic. The geometric sets and ultra-simplistic colours from Alison Chitty, still shine, softly gliding and sliding into and out of view, framing some superb visual jokes and  giving a feeling of constant change while actually being severely minimalistic. The period costumes are silly enough to bring smiles while maintaining the sense of propriety and dignity that is the fulcrum for a good Victorian joke.

You can read the synopsis here:

Soraya Mafi as Mabel was superb, utterly effortless on those lofty bel canto parodies and her voice as light and airy as her attitude, simply delightful!  Ashley Riches’ Pirates king was fun and enthusiastic and his thick sonorous voice wrapped itself around the slippery libretto with gusto, Andrew Shore’s Major General was full of the great pretentious majesty that the role needs and utterly convincing with his patter song, he’s obviously been practicing hard this time round and his fake tears, raised eyebrows and audience asides brought much laughter, he’s got great comic timing. Sir John Tomlinson’s Sergeant of Police was wonderful, his voice a pleasure as it rolled around the cavernous auditorium full of self-important bombast and tremulous modesty and Lucy Schaufer’s daft Ruth was simple perfection with a hearty dose of sweetheart crush, her sweet mezzo giving just the right touch of apologetic gusto even when her accent seemed much further west than Penzance .

The chorus were, as usual, superb and looked fabulous and  seemed to be having a great amount of fun with the silly, simple but effective choreography which brought attention to the geometrical and intricacies of the musical composition.  It was visually very interesting to see the singer and the music given such a literal choreography. Choreographer Francesca Jaynes is to be celebrated for this deceptively simple dancing and movements. It’s stylish, subtle and a pleasure to watch.

Sadly a hundred years on, the jokes at the expense of the slavish response to entitlement and royalty sill get big knowing laughs from the British folk in the audience, this dials the camp exuberance back  enough so we can see Gilbert’s original target.  However, this was a fun and witty evening, done with care and consideration but still allowing the sophisticated absurdity and mocking anti jingoistic heart of this operetta.

Conductor Gareth Jones gave the music it’s essential oomph and was energetic, before Leighs production I’ve only ever seen Pirates done heavy on the camp, seriously overdone on the pomp and this revival benefits (again) from the stripping of the accretions of expectation and Monty Pythonesque performance that have barnacled onto it over the years, allowing the clever melody and sophisticated parodies to shine through in a much warmer and softer way.  Pirate’s music at its best is the equal of the great operas that are being lampooned here and Jones’s careful conducting gives us plenty of emotional space to appreciate the music without being overcome by the bombastic clichés.

Warm enough to please the fans clean enough to please the critics and fresh enough to draw in a new curious crowd this is smooth and fresh revival, it’s also laugh out loud funny with some superb tongue in cheek moments to savour. The original Leigh production had the feel of an old musty hideously painted chest inherited from a maiden aunt; then when stripped of twelve layers of paint and varnish shows a simple wonderful piece of authentic furniture underneath, rich with polished grain, unsuspected detail and serious craftsmanship. This new one gets us noticing the engraved initials on the silver plate as W.S Gilbert & A. Sullivan and recognising its durability and worth. The full house roared their approval last night,  the excited audience were obvious delighted and everyone seemed to have enjoyed themselves.

I was also delighted by this production & this bright revival and always used to struggle to truly enjoy a Gilbert and Sullivan Operetta, my companion – his first time at a G&S production smiled, laughed and said he’d enjoyed it immensity and like the rest of the enthusiastic audience left the ENO humming it long into the dark damp night.

For more info or to book tickets,

The Pirates of Penzance is sung and surtitle in English

Tickets available from £12 plus booking fee. There are 500 tickets at every performance at £20 or under.