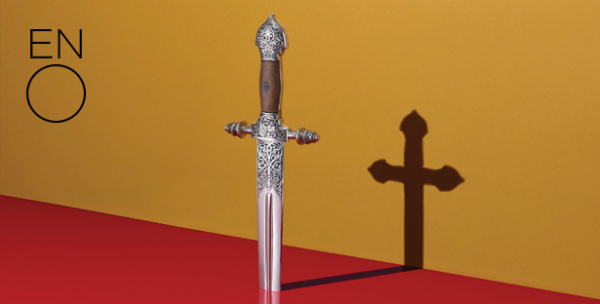 Verdi’s The Force of Destiny

Seen at the ENO for the first time since 1992 and with exciting Calixto Bieito directing this epic opera, it is given a whole new treatment being set in the closing stages of the Spanish Civil War.

Verdi’s La Forza del Destino is a huge flopping thing, full of wonderful moments that somehow fail to combine to a tremendous event, there’s a lot of flat bits of people doing this and going here and the main characters are so shattered and thrown far and wide that it needs a firm hand or a secure setting to really make it work.  A dying man curses his daughter. Although his death was accidental, she and her lover are forced to flee. Now her brother is on their trail, armed with a dagger and an implacable thirst for revenge. Leonora and Alvaro can run; but can they escape their fate? Setting the action during the Spanish Civil war gave this shattered scattered  feeling a meaning but also failed to defeat this flaw at the opera’s thudding heart.

I was expecting Calixto Bieito to rush at us with a manic technicolor barbarity, all meta-cultural reference and blood but instead he delivered a monochromatic crepuscular grimness that only served to focus the bursts of colour and blood into even more dreadful relief, less is more for once from Bieito. With fascistic Spanish Nationalist flags being unfurled and folk being executed in a line by a female auxiliary suggesting the Sección Femenina it’s clear who is routing for who in this production, although everything else is grey; the morals and political themes are in high relief. There’s some confusing elements added in, a mob ripping and shredding books for no apparent reason other than for theatrical effect or to make a comment about censorship doesn’t help the plot along, but they looked good. His characters are all equality monotone, brute or angels, perverts or hero’s, vicious or filled with kindness.

I admit to some eye rolling on occasion, and the odd giggle, but overall this was a decent effort. Bieito dragged the plot and narrative to suit this bleak mean vision which failed to overshadow the glorious nuances of Verdi’s music, unintentional (I suspect) but effective none-the-less to throw focus into the shifting harmonic subtleties of this piece.

Rebecca Ringst’s set was wonderful all tilting facades of Spanish houses and shattered, empty spaces. The bold lighting from Tim Mitchell picked out moments of action but also obscured a lot its flickering then blinding changes confusing and dazzling, like the war itself. The huge projections from Sarah Derendinger added a disturbing element to the set, huge boots, marching newsreels of Falange solders and a huge horses head along with apparently dead children and a huge scribbling schoolchild over the interval curtains. They were unsettling but with impact, the monochrome set and costumes blended into the British Pathe newsreels of the war. Ingo Krügler’s costumes giving us a shorthand into the complexities of Spanish society.

Tamara Wilson Leonora’s was lovely, all soft purity and light uplifting voices and she charmed me, some more maturity to her voice will make her a stunning performer but she was triumphant in this, her full radiant voice reaching across the space with a serious refulgence.  Her wretched end full of real sadness, regret and poignancy. I was moved. Anthony Michaels-Moore as Carlo was convincing and his voice full on this first night, filling the auditorium with vengeful fury and the mix of anger and confusion wrapped up in the complexities of honour and war as he slowly lost his mind, this darkness suited his voice well. Gwyn Hughes Jones as Alvaro was superb, his voice full, dramatic and he covered the emotional range demanded from the music. Andrew Shore’s Melitone was wicked and wretched and incompetent, hiding his hatred in a pious hypocrisy and was as wonderful in voice and acting as ever, I adore Shores every performance. The ENO Chorus, on fullbeam form this evening were magnificent; menacing, judgmental, whispering, hopeful, beseeching and despairing, they were outstanding and I was transfixed when ever they were all on stage.

Mark Wigglesworth’s conducting was polished with a slight super sheen on occasion, with a return the original overture from Verdi he pulled an astonishingly refined performance from the orchestra, there were moments where the music sent me off to that lovely place where everything is suspended in a perfect moment of wonder. My companion enjoyed his first Verdi opera and enjoyed the set and lighting a lot. I’m not a keen fan of Verdi, but shutting my eyes and letting the music seduce me away from the horror was a key part of my enjoyment of this evenings production.

While not perfect this new ENO production is an exciting, challenging and interesting night out with quality singing and a sumptuous orchestral score, director Bieito has done bloody well to get so much out of this difficult Verdi epic.

Tickets available from £12. There are now at least 500 tickets at every performance at £20 or under. Find the right offer for you.

Sung in English, with surtitles projected above the stage