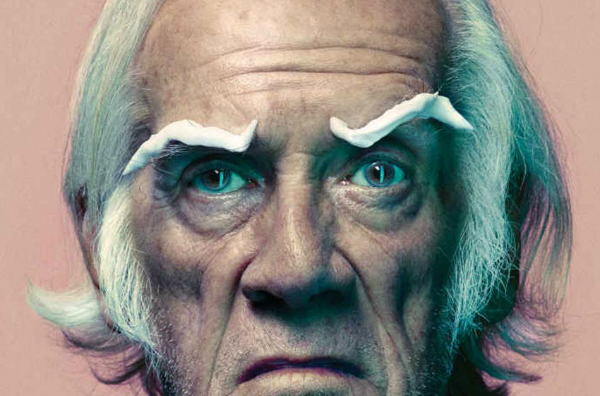 The Barber of Seville

Two centuries after its premiere this comic masterpiece – Rossini’s prequel to The Marriage of Figaro remains as tuneful, ironic and uproariously funny as ever. Set in an elegant comic-opera vision of 18th-century Seville, Jonathan Miller’s Tiepolo-inspired staging brilliantly intercuts the traditions of the Italian commedia dell’arte and the Whitehall farce to create a delightful evening of musical and comedy enjoyment.

This twelfth (count them!) revival with director Peter Relton taking full control of this established production has rather less depth and complexity than on its last outing, but still serves up the laughs. With costumes from designer Tanya McCallin is exactly as Rossini would have envisioned and it looks delightful, all faded glamour,  evocative costumes and fancy rococo tables. I loved watching it as much as I enjoyed listening to it.

It’s laugh out loud funny too and it’s been a while since I’ve seen a production of the Barber that’s made me laugh on many levels, the comic acting is first class and Andrew Shore simply steals the show with his pompous lecherous Dr Bartolo, his ruthless timing and little delightful flourishes bringing laughter from the audience time and time again, he was a joy to watch from the moment he came on stage. Kathryn Rudge as Rosia gave one of those stunning performances showing off her pure coloratura with an effortless grace that was enchanting she got the flirtatious innocent but knowing naughty attitude of Rosina  just right. They were a pair from heaven, well matched and very funny when together.

Morgan Pearse’s Figaro was electric from the off, he owned the role, the stage and us,  his voice is  lyrical and resonant and he managed the often tricky libretto with skill. He’s  clean cut rather than as sly and crafty but his Figaro is convincing, charming and works, his stage presence is magnificent.  There is real bounce and verve to this production and it appears that the cast are having as much fun on stage as we are watching.  Katherine Broderick did very well and her voice is expansive and engaging. A baby-faced Basilio from Barnaby Rea was profoundly resonant and impressed. Eleazar Rodriguez  was great fun and the audience seemed pleased with his portrayal of the Count, he kept up to speed with the tightly choreographed comedy while bringing his own lighter touch to the singing too, he’s another very funny performer and seemed to delight in the endless costumes changes and general daftness of the plot. You could feel the twinkle in his eye and the amusement in his voice. Well done that man.

Christopher Allen conducting the orchestra was delightful, bouncing along with the madcap excitement and he brought a frothy nonsense to the score which underpinned the frothy nonsense of the plot although on occasion threatened to overshadow it, but this could be first night stuff and I suspect it will all settle down soon. The comedy is supported by the witty translation, although it’s sometimes a little too wordy, the surtitles make sure we got all the jokes, and the clarity and diction very clear.  There were some delightful rhymes and pithy insults, my companion giggled her way throughout the entire night.

My companion; her first time seeing Rossini’s Barber of Seville was enchanted and loved the clarity of diction and comfortable Coliseum space, she was also impressed that jokes so old were made to come alive so vividly on stage, she commented how unexpected it was to laugh freely all night. This was a fun and enjoyable night out at the ENO, full of laughter and delightful performances and the added fireworks of Rudge’s voice. I’d recommend this production for a first timer or for someone with a more traditional taste in opera as it will leave you humming and smiling all the way home.

Miller appeared for a bow at the end, all crumpled, slightly sleepy and looking like a terribly clever dormouse just woken up, it was lovely to see him and his obvious delighted smile at our pleasure.

For more info or to book tickets see the ENO website here.