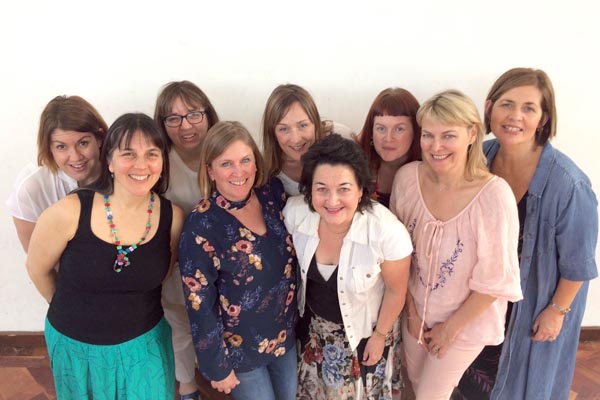 She Will Survive – by the Rebelles

TRUE to their stage name, the nine female voices that make up this Brighton singing group, are combined to fight back against the useless, disloyal and – in this show – absent men of the world.

The members have gathered up for a committee meeting upstairs at the Rialto Theatre, and in between reading adverts, lonely hearts letters and looking at ridiculously thin models in their women’s magazines, they sing a wide variety of compositions by the likes of Bacharach, Abba and Schubert.

Meticulously and sympathetically led through the evening by the always brilliant Stefan Holmstrom.

Kicking off with the Dolly Parton hit Nine to Five, they complain about the men in their life – “you spend your life putting money in his wallet” as the song says.

Marvelling at the news of a couple who have been married 80 years, they are in fine harmony for a bee bop version of Irving Berlin’s Cheek to Cheek, which shows the group at their barber shop best.

An upbeat duet of Berlin’s You’re Just in Love leads into the poem “Tread softly for you tread on my dreams” and their first foreign language foray of the night – Schubert’s Du Bist Die Ruh, with its lyrical harmonies – sounding as good as any baroque chamber choir could.

Stefan is brilliant at bringing the best out of his singers, pushing them, I am guessing beyond their comfort zone but always within their talents.

Real People, arranged by Stefan, is an unnerving reflection on the fictional world in which movie stars charms us – “the movies are as close to happiness as it gets”.

The sadly bitter Abba gem One of Us takes us into new territory and they finish their first half with a scat opening to Blondie’s Heart of Glass.

The shorter second half has the traditional and eerie Irish ballad Maid on the Shore – again with beautifully toned harmonies. A beautifully rendered Scandinavian piece Jag Sag Dig follows though we obviously don’t really know what it’s about.

My two favourites of the night came in the closing minutes – a strident and sharp rendition with two groups mirroring each other in Bacharach’s hit Anyone Who Had a Heart, followed by a strong and energetic fighting rendition of I Will Survive.

They are accompanied throughout by  the marvellous piano of Tim Nail and double bass of Paul Whiteside.

A wonderful night with a top notch singing group who go from strength to strength.

Reviewed by Brian Butler at The Rialto Theatre on Friday, June 15.