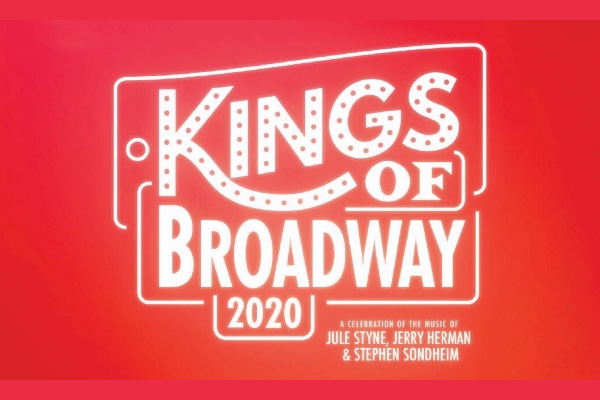 The latest YouTube lockdown concert features songs by three of the Titans of musical theatre, Styne, Sondheim and Herman, in a show put together by the very talented MD Alex Parker.

It starts really well with over 20 musicians playing , each in isolation , and making a mighty sound with the overture to Styne and Sondheim’s collaboration Gypsy.

But I had a problem with quite a bit of what followed in the next 2 hours. Styne is a master of subtlety and to be honest in this show, the offerings from the pens of the other two are big belting numbers that need a powerful performance.

And you just don’t get it often enough. There’s a great deal of singing from sofas, singing from chairs and even singing from the ends of beds . The result, with a piano accompaniment playing through their Air pod, is that they give way to the smallness of the space they’re in and sing low, quiet and often it seems without passion.

Emma Kingston gets us off to a flying start though  with The Greatest Star , every inch a young Streisand with a  crazy laugh and much bravura. Michael Xavier is silky soft, laid back, cynical and easy-going in I Won’t Send Roses. And Anna O’ Byrne sings Take Me To The World with quiet naivety.

Michael Colbourne provides the best laughs of the night as he divides himself into a trio for You Could Drive A Person Crazy, with strange new harmonies and a dose of camp. Jordan Lee Davies does some gender bending boyish frolicking in If Momma Was Married, but L Morgan Lee’s rendition of I Don’t Want To Know is nowhere near deep, rich and energetic enough – it’s not a sofa song !

The wonderful Janie Dee barely touches the notes in Loving You , not lingering as she might have.  Rebecca Lock should have stood up to sing Some People but at  least she has a blockbuster voice.And Jenna Russell who for me can do no wrong , sings straight at us and is mesmerising in I Remember Sky – a lock-in song for our times.

Opera star Lucy Schaffer gives us Time After Time from her bedroom stairs – half sung half spoken with sweet operatic top notes.

Alex Young gives a delightfully comic turn as the Baker’s Wife in Moments In The Wood, and Ramon Karimloo seems to be in orbit with the space station so high are his notes in Being Alive.

There’s something here for any MT fan and three good causes to donate to – Black Lives Matter, Acting for Others and NHS Charities Together so please donate and let’s hope they all stand up and “ sing out Louise” next time.