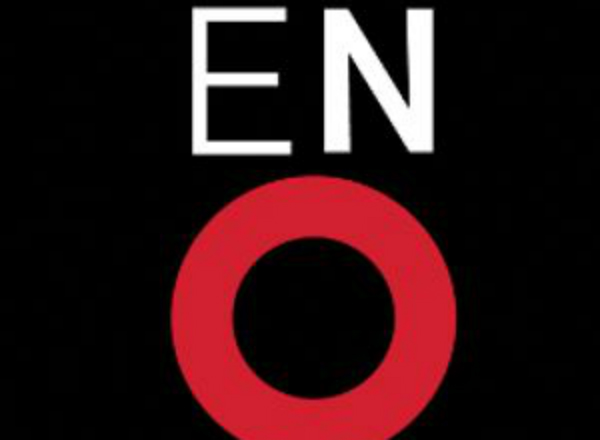 Famously damned by Pravda, supposedly on Stalin’s say so as ‘muddle rather than music’ Shostakovich’s opera was premiered in 1934 and the public loved the merciless parody heaving with lust, sex, violence, corruption and the spearing of male power. Stalin felt it too loutish, brutal and rough ultimately shoving Shostakovich out into the wilderness, although he continued to compose and seemed to relish ignoring the judgment of Stalin and his cronies.

With a bold and contemporary setting, Dmitri Tcherniakov’s staging provides the perfect backdrop to this 20th-century opera’s unflinching approach to sex and violence. The set with its cold strip lighting and computer terminals, all busy action and yet no work getting visually done updates the action but Lady Macbeth herself inhabits  a traditional Russian room placed in the centre, hung with carpets  which she retreats and advances out of, dressed herself in traditional clothes in startling contrast to everyone else’s work wear. It’s both refuge and cell, womblike and represents the only space where she has control in her life.

The plot taken from 19th century writer Nikolai Leskov bring us the life of Katerina; her spirit sapped by the boredom of provincial life. Lonely beautiful Katerina betrays her hapless husband with one of his employees. But her shattering passion for Sergei soon unravels into violence and murder. And Katerina’s dream of a perfect, all-consuming love hurtles towards its own inevitable demise.

This is a hard and merciless work, Shostakovich as manic energetic tease with lots of the burlesque scaled down although still managing to raise some smiles feeling oddly inappropriate when the emotional torrent of the ENO orchestra is running at such a fever pitch.  With this new cast and director Dmitri Tcherniakov’s keeping his eye firmly on driving performances of emotional candour and brittle honestly it’s an electric production, he’s not interesting in bridging the gulf between old and new just bringing them together and letting the chain reaction of the score do as it must.

Patricia Racette brings a steely impassive patience to her Katerina which gives her all the more authority on stage, she utterly possess the conviction needed to get herself through the crushing dullness of the office drone work day and her unfulfilled life, when she eventually releases her frustration, rage and humiliations it’s like being whipped, slapped and shocked all at once, Raceet is the very representation of Leskov’s Lady Macbeth, a silent volcano of rage underneath the dressed up puppetry of the stifling roles society forces on her. She is a ruthless cold blooded killer, three times over, but when she herself dies, it’s as a forgiven, pitied and understood wretch by (us) the distraught audience.

Choosing  this as the debut for conductor and ENO’s new musical director Mark Wigglesworth when he’s so comfortable and shines with Shostakovich is a real burst of brilliance and adds an extra sheen of excited ‘what next’ to this triumphant and superb opening for the ENO’s new season.  Wigglesworth breaches those gulfs between so very much music and then so very very little that Shostakovish brings to excess in this piece, the extra brass in both side boxes being an almost unbearable cacophony of sound to what’s already a hugely impressive noise. It was so huge as to be funny, but also relentless in its breadth, constantly referencing folk music, tunes, songs, it’s rolling around and crashing over everything, a huge wave of sound.  It’s a challenge to deal with the humour in the music when the staging is so very bleak although Racette’s authority manages to deal effectively with some of the black humour, particularly around her poisoning of the mushroom soup of her bullying father in law Boris.  Robert Hayward’s Boris is perfect as the dismissive, hateful constantly punishing and women hating boss and his constant cruelty to Katerina makes you want to root for her during her vengeance.

The ENO chorus are superb, manically precise, and scary in their mobbishness and trembling with fear, loathing or hatred and you can feel their confusion and need to conform. I adore them! John Daszak  is superb as new worker Sergei, who catches Katerina’s eye, seduces her but ultimately, like all the men in this piece, reduces her to desolation, although Daszak is rather too bumptious and fun to be really loathsome. It makes him almost too likeable he’s a rapist not a charming buffoon.

The final act bring the claustrophobic sense of this production into almost unbearable full focus with the actions taking place in a tiny cell, like a scene from the dreadful film Saw, the humiliations and shattering events taking place around her with no chance of release or redemption.  Clare Presland’s Sonyetka is fine, tarty and tart but it feels like a bit too much is happening in such a small space. It was the essence of bleak and affected me all weekend. The image of Racette’s broken confused face as she plunged her head into a filthy sink of water was just despondency itself.

A superb triumphant start for Wigglesworth and a memorable night out at the ENO, this is what Opera is all about.

Language: Sung in English, with surtitles projected above the stage

Tickets: Available from £12. There are now at least 500 tickets at every performance at £20 or under.