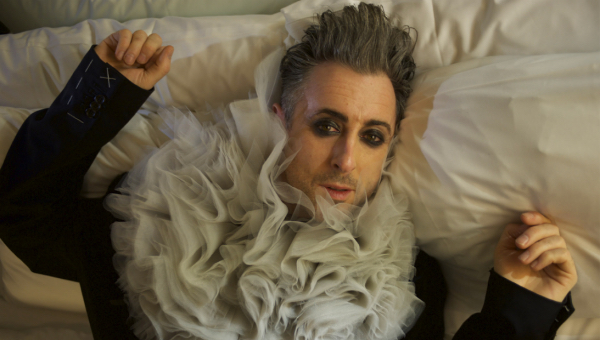 Cumming himself is a very engaging performer, he not only has he the voice but, perhaps just as importantly for this kind of show, he’s so obviously a good guy – there’s nothing precious or diva-ish about him – that the audience warms to him from practically his first word. I’m still not sure what was going on with his costume – a vest with a collar (not sure if there’s a name for such a garment), a tie and a really horrible pair of elasticated leatherette pantaloons.  A dare? A provocation? A cry for help? Sadly there was no Q and A for anyone to find out.

He’s joined for a couple of songs by the Brighton Gay Men’s Chorus for a mashup of Firework/Someone Like You/Edge of Glory and then Cumming’s first performance of Last Day On Earth, written by his musical director, Lance Horne. Due to technical problems with the sound both me and my companion for the evening found them to be all but inaudible.