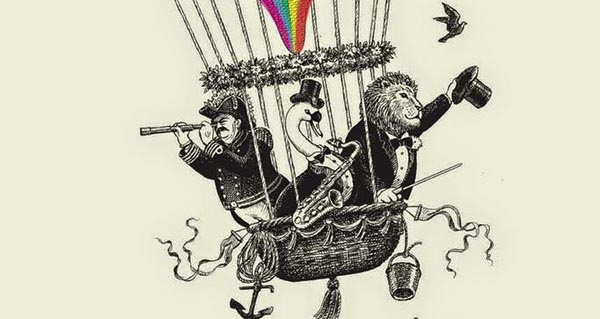 Last nights concert at the Dome (Jan 10) was a showcase for the combined talents of the Actually Gay Men’s Chorus (AGMC), The London Gay Symphony Orchestra (LGSO), pianists Coady Green and Christopher Wayne Smith, sopranos Laura Wolk-Lewanowicz and Samantha Howard and entertainers Jason Sutton and David Raven who all individually brought something special to the evenings music making.

AGMC have been going through a period of restructuring over recent seasons, but it all came together last night. They sang better than I have ever heard them before. Jason Pimblett their musical director has done a fine job with them and they are a better chorus for it.

HMS Pinafore was the perfect vehicle for them – full of good tunes and delivered with precise articulation – I could hear ever word they sang, a real achievement in a concert hall the size of the Dome. As a group they performed as one, with no rogue voices. The soloists, David Harris (A Maiden Fair to See), Philip Davies (Captain of the Pinafore) and Brian Gannon (He is an Englishman) in particular were very imposing and their confident performances gave the choir confidence and the opportunity to really shine. The New York Medley in particular stirred the audience as did their rendition of Albinoni’s Adagio arranged with words by Jason Pimblett, orchestrations by Christopher Wayne Smith and soaring vocals by soprano Samantha Howard who was sporting the ‘dress of the night’.

Coady Green and Christopher Wayne Smith were the featured soloists in Poulenc’s Concerto for two pianos and orchestra, Saint-Saëns Carnival of the Animals and Lutoslawski’s Variations on a Theme of Paganini for two pianos.

Their performance of the Lutoslawski which is fiendishly difficult to play was thrilling while in the Poulenc Concerto, written in 1932, and one of the last works from his early period of composition, the pair were commanding, managing the jazz rhythms with ease and in control of the performance at all times. The LGSO captured the mood of the piece perfectly and even though playing an accompanying role to the solo pianos, the orchestra achieved its finest moments of the evening. At times you could be forgiven for thinking you were listening to a Hollywood film score. It was glorious and a piece that deserves to be programmed more often in major concert halls everywhere.

The evening opened with a performance of Saint-Saëns orchestra suite, Carnival of the Animals narrated by drag queen Miss Jason who captured the humour of Ogden Nash’s verses with style and panache. Generally a far too restrained performance for me. Classical and nervous rather than romantic and showy. It might have been much better programmed later in the concert after the orchestra had settled down,

Soprano Laura Wolk-Lewanowicz’s performance of Isolde’s Liebestod from Wagner’s Tristan und Isolde was glorious as was her Vissi d’arte from Puccini’s Tosca. Laura’s voice is ravishing throughout its range and she lived every note of her performance, beautifully accompanied by the LGSO, especially in the Wagner when LGSO conductor Christopher Braime brought some wonderful colours from the orchestra.

David Raven brought a tear to many eyes including mine with his performance of  I won’t bring roses by Jerry Herman while Jason Sutton’s performance of Send in the clowns managed to capture the worries of an ageing performer at the end of their career perfectly. Both performances were quite special in the setting of the Dome Concert Hall, showing the range of both performers and their ability to cross performance genres with ease.

The Dome is a difficult venue to sound. Whoever was responsible for the sound did a superb job. The choir was well miked throughout the concert as were the soloists.

A great concert is not just about the quality of the music making. Programming is very important and I was left with a feeling that the concert suffered a little because the structure of the program was not balanced especially in the finale.

However, the concert was an impressive showcase for the many varied musical talents we have across the LGBT communities in London and Brighton and it was a real shame that more people were not present to hear it in the magnificent surroundings of the Dome.