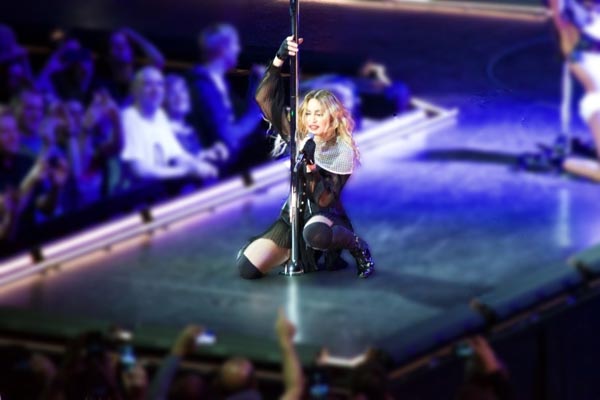 Madonna has sold around 335 million records. She has more money than The Queen of England. Unlike many other music legends, she’s shown little interest in resurrecting her back catalogue. She released a 30th anniversary edition of the Like A Prayer Album. Other than that, she hasn’t flooded the market with deluxe versions of her old albums. She’s never bothered with unreleased songs either – and she must have a lot.

Her albums are on Spotify and her archive of singles (with remixes and B sides) stretched back to the Confessions album… and then mysteriously stopped. Until recently, that is. She’s been teasing her old singles; uploading them to Spotify with all the original remixes. Three singles drop this month: Like A Prayer and Frozen have emerged. We have it on very good authority that the original Bedtime Story single will be the next to emerge on streaming platforms this month, along with the remixes. Mariah Carey has also been uploading old singles from her back catalogue, much to the delight of her fans (the gays).

In the era of streaming we have access to (nearly!) all music ever released on record. That being said, some tracks – even by major artists – aren’t available to stream. In the days of CD and vinyl people had less music to listen to, but the music you did purchase was yours. In the age of Spotify, if a record isn’t available to stream it’s kind of… gone.

Prince pulled all his music from Spotify – it was only available on Tidal, and who uses Tidal?! After his sudden death, his catalogue became available once again. A reminder that what is streamed is only rented, never owned. At one point, Taylor Swift pulled her catalogue from Spotify in a dispute over royalties.

David Bowie’s estate has swamped the market with ‘new’ albums since the Starman passed away in 2016. The latest round of releases comprises six unreleased live albums from the 1990s. No Trendy Réchauffé (Live Birmingham 95) and Look At The Moon were the most recent. Initially, they were only available for limited release on vinyl and CD. With little fanfare, No Trendy Réchauffé emerged on Spotify on 12 March. It’s a fab live album: Stranger’s When We Meet is one of his finest late-period songs and he rarely performed it live.

So, expect two more rare live albums by Bowie to come out this year. The rest of Madonna’s singles will drop in the coming months.

No Trendy Réchauffé and Frozen are now available to stream.