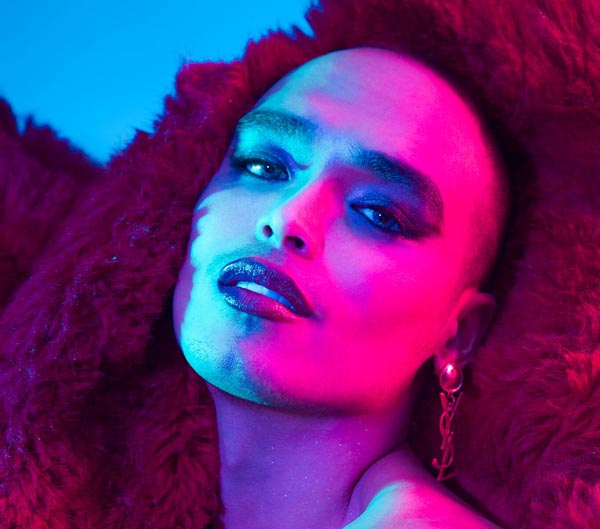 Pride in Hull announce two more names who will take to the stage in Queen’s Gardens on Saturday, July 22 to entertain the crowds alongside pop legend Marc Almond and 80s icon Sonia.

Joining the line-up is X-Factor star Sean Miley Moore who shot to fame on the 2015 series of the show with his spellbinding performances of David Bowie’s Life on Mars and California Dreaming by The Mamas and The Papas.

Also appearing are 90s teen trio Cleopatra, known for their string of top 5 hits that began with the infectious sing-along classic Cleopatra’s Theme. Signed to Madonna’s Maverick record label when they were aged just 14, 16 and 18, the Higgins sisters supported the Spice Girls at the peak of their fame on the UK leg of the Spiceworld Tour and performed at the request of Pope John Paul II at the Vatican Christmas Carol Concert.

Pride in Hull kick-starts the Hull UK City of Culture 2017 LGBT 50 programme – a series of events celebrating LGBT+ culture across the arts to mark the 50th anniversary of the partial decriminalisation of homosexuality.

To coincide with this, Pride in Hull has also been named ‘UK Pride’ by the UK Pride Organisers Network (UKPON).

David Boland, Chair of Trustees at Pride on Hull, said: “We’re so excited to be welcoming Cleopatra to our stage. This year we’re all about representing the five decades since the partial decriminalisation of homosexuality and anyone who grew up in the 90s will be singing along to their hits!

“Sean Miley Moore was such a highlight of last year’s Pride in Hull, that we wanted to invite him back in this extra special year for our event, our city and the wider LGBT community.”

Also on the line-up are Blonde Electra, whose time on the X-Factor caused a storm, despite being short-lived, with Now magazine calling them the “most controversial contestants ever” and legendary Hull drag performer, Bobby Mandrel.

Pride in Hull is a free and unticketed event and will take place in Queen’s Gardens on Saturday, July 22.