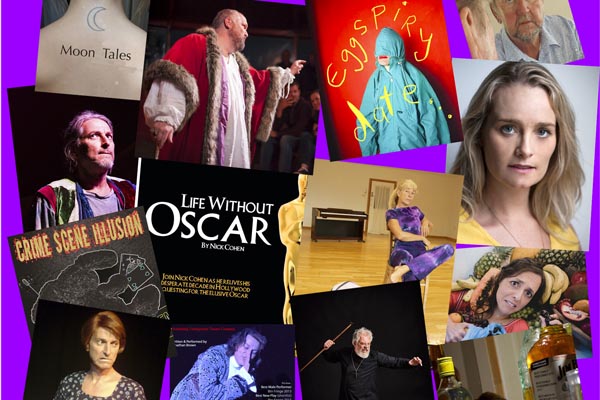 Something Underground, an award-winning local theatre company is running the first-ever Lewes Festival of Solo Theatre from November 8 to 10. Brian Butler previews an exciting line-up for the festival’s debut.

AT least 17 shows in one weekend looks like providing a wealth of entertainment in the Lewes area – many of them developed in Something Underground’s Grow Your Own Solo Show course, which has run since 2012.

Artistic director Jonathan Brown, who will also perform at the festival said: “The Sussex area has a lot of talent which is augmented by brilliant acts coming from London and further afield.”

Reduced cost passes will enable audiences to see many shows at lower prices.

Organisers say that the magic of solo performers is their energy and ability to connect directly with their audiences.

The offerings, over 3 days, include:

Upstaged – Luanne Campbell is a desperate dancer waiting for a West End audition. What can possibly go wrong ?

Damien, performed by Daniel Finlay, is the story of Father Damien and his mission among a group of exiled lepers on a Hawaiian island.

And Before I Forget I Love You sees Pip Utton take us through the devastating effects of Alzheimer’s.

Hens features Olivia Nicholson as a doomed bride in Benidorm, soaking up the salsa, Sangria and sexscapades.

Crime Scene Illusion is an interactive show exploring a crime scene through storytelling and magic.

In Moon Tales, Kate Darach shows us 13 full moons and a woman representing each of them.

The Silent Stream has Jonathan Brown as the Prince Regent- the king in waiting – indulging in hedonism, women, gambling, drink and laudanum .