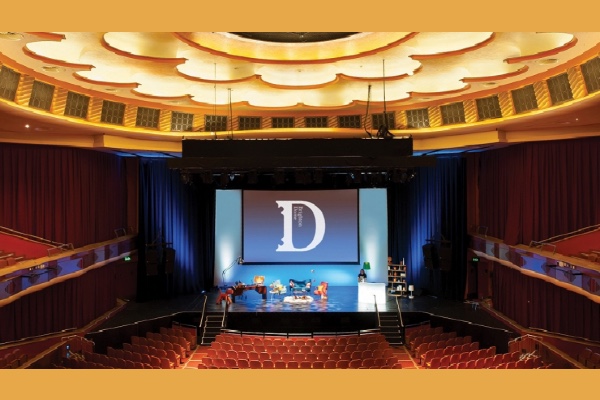 Brighton Dome is opening its doors for real and on live streaming for a series of events in the run-up to what will be less than a normal Christmas for all of us.

12 December sees a new version of Charles Dickens’  A Christmas Carol with its tale of a locked down old miser and his eventual redemption. Narrated by Dame Harriet Walter it will feature festive music by the Brighton Philharmonic Orchestra, with arrangements by BPO musical director  and pianist Joanna MacGregor. There’ll also be contributions from a brass quintet and such favourite tunes as I Saw 3 Ships and Ding Dong Merrily.

Live talks to be streamed via Fane include : 11 December when writers Benjamin Zephaniah and Alex Wheatle bring us their take on British and Jamaican history . 13 December sees  comedian, writer and all round favourite female vicar  Dawn French in conversation with presenter Liza Tarbuck , including revelations from Dawn’s new book Because  of You.

Creator of the magical War Horse, Michael Morpugo will appear on 20 December for a feast of Christmas story-telling  from his favourite books.

Tickets and details of more events to come on brightondome.org