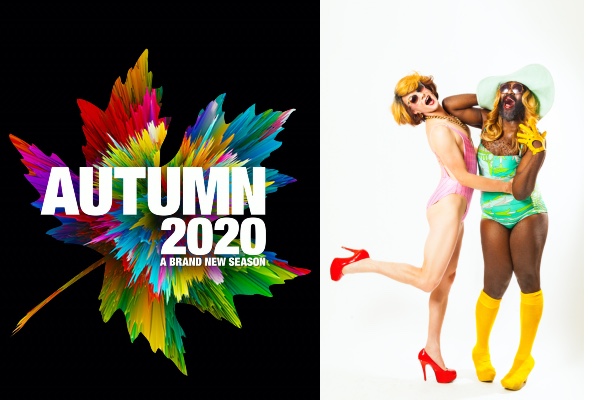 Hooray for live theatre! Great news that Chichester Festival Theatre has announced a season of shows to run from October to January.

Announcing the socially-distanced shows, Artistic Director Daniel Evans and Execeutive Director Kathy Bourne said: “ It’s always a pleasure to welcome audiences but it’s a particular joy after 6 long months of our theatre being dark and empty .”

The season opens with Crave by Sarah Kane, which will also be simultaenously live-streamed to a global digital audience. It will feature a sensory sound and videoscape, created by director Tinuke Craig, designer Alex Lowde and sound designer Anna Clock. In a changed world 4 characters search for the light.

Angry, funny, defiant, kind and cruel, it’s billed as a deeply personal meditation on the meaning of love.  It stars Erin Doherty, currently Princes Anne in Netflix’s The Crown. It runs from 31 October to 7 November.

On 1 November Daniel Evans puts back on his musical theatre performing hat to present two performances of Sunday in the Park with Daniel – a tribute to the giant of musical theatre Stephen Sondheim . It stars Gabrielle Brooks, Clive Rowe, Jenna Russell and Hannah Waddingham.

On 3 consecutive Wednesdays, broadcaster Edward Seckerson will be on stage in conversation with three musical theatre stars – Michael Ball, Shiela Hancock and Patricia Routledge, and will play some of their most meneorable recordings.

Le Gateau Chocolat and Jonny Woo will drag us through the back catalogue of fabulous musicals from Gypsy to Grease and Annie to The Lion King, and other cabaret and comedy  shows include: Frisky and Mannish, The Black Cat Cabaret, the Barely Methodical Troupe  and Rich Hall.

The Chichester Festival Youth Theatre will end the year with performances of Pinocchio  from 12 to 31 December.

Full details and booking at cft.org.uk