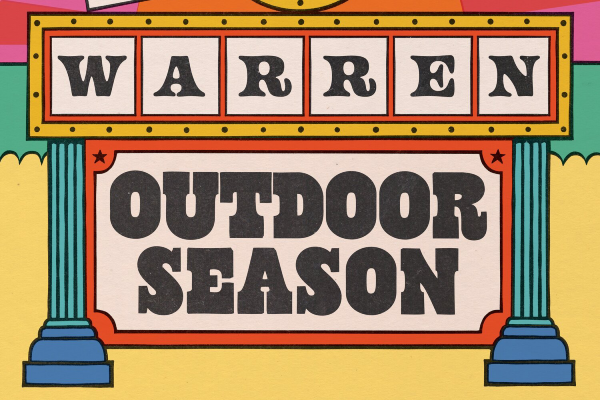 The biggest single site during Brighton Fringe is The Warren, with its eclectic  mixture of sea-container studio theatre spaces, big auditorium and its bars, food and outdoor seating.

So it’s great news that from this week until 27 September the Warren is being moved to Brighton beach for a 7 week season of entertainments, including some top line comedy acts.

The shows will be in a purpose-built site on the beach next to the pier, off Madeira Drive. You can pre-book tables and refreshments for a single household or bubble of up to 6 people.

Highlights include : Al Start in a wide variety of show for children and young people. There’s also Impromptu Shakespeare, top liner Jimmy Carr and a range of shows under the Komedia club banner including the Krater Comedy Club with Angela Barnes, Hal Cruttenden and MC Stephen Grant.

Mama G’s Story Time Roadshow presents an offering for young people and children and Pop Divas Live and Privates: A Sperm Odyssey are also on the varied bill.

Split Egg is a magic show about being twins and there are tribute shows to Aretha Franklin, Carole King and James Taylor.

Full details and booking at other place ticketing.co.uk