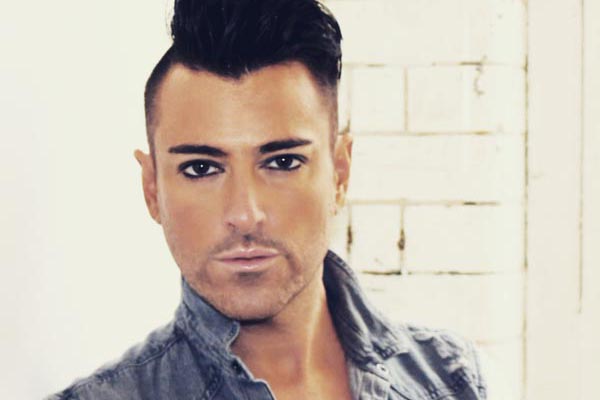 Allan Jay’s new single Almost in Heaven is being released through Energise Records.

ALLAN is a Scottish recording artiste who over the past few years has made a big name for himself on the UK LGBT Dance music scene.

Known for his powerful vocals and high energy performances he has performed in Asia, Europe and across the UK supporting such acts as Venga Boys, Shane Ward, Lucy Spraggen, Whigfield, Tina Cousins, Blue and S Club.

Almost in Heaven is set to be a summer anthem. The track is produced by J Van Havenhand (Jason Havenhand) who has worked with artists such as Erasure alongside Record labels ‘All Around the Word Records’, Fierce Angel and Hed Kandi. He was part of the production team Riffs & Rays along with Deqoy’s own Phil Pendlebury, together churning out dance and pop hits from 2000 to 2010.

Allan Jay’s previous success includes I go to pieces reaching as high as number 3 on the Italo NRG top 40 Chart and reaching number 4 in the Eurodance Hits Chart.

Following that success Allan recorded Boom Boom Boom a cover of the 1980’s track by Paul Lukakis which reached No.6 in the DJ Strong Dance chart and No.9 in the Euro Dance Hits Chart.

In recent years he received awards for his music including the ‘LBGTQ MUSIC AWARD 2016 ‘ for his duet with 90’s legend Rozalla (which reached No.8 on the Electronic Album Chart) and previously being named winner of ‘Best Male Artiste 2015’ in Reloaded Music Award, and in the same year a Finalist at the Icon Awards 2015.

Almost in Heaven is a power dance floor filler in the style of ‘Cascada’/’BaseHunter’. The song is very much about letting go and enjoying yourself on the dance floor with someone who takes your eye on a night out.

With powerful musical riffs and impression drop down section this is guaranteed to get any club, festival or event going this summer.

Almost in Heaven will be available across all digital platforms and from www.energiserecords.com