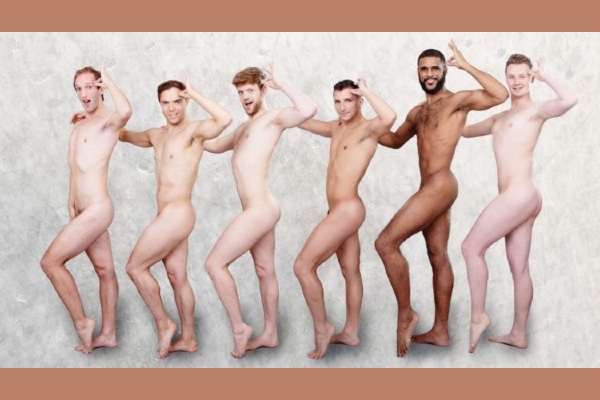 While the pubs must now shut at 10pm, the theatres are gradually opening one by one. And like the proverbial bus – after a famine –  along come three striking pieces of entertainment in south London venues next month .

From its sassy opening Garutitous Nudity, it’s been a worldwide crowd pleaser since its outing Off-Broadway where it ran from 1999 till lockdown in March. The show opens on 25 September, until 11 October but if the 2 previous Eagle shows are anything to go by, its run will be extended. Tickets here:

Round the corner at Above The Stag Theatre in Vauxhall Eastenders star  Aaron Sidwell appears in the one-man outrageously camp comedy Buyer and Cellar by Jonathan Tolins. It’s directed by Andrew  Beckett who featured earlier this year in Gscene.  Alex, a struggling out of work actor finds himself working in Barbra Streisand’s basement, organising her legendary street of shops, full of her memorabilia, and open only to her .

It runs from 14 October for a very short run. Tickets at abovethestag.org.uk

Farelly, who also wrote the piece, was outstanding at Brighton Fringe  2019 in his one-man show about another iconic gay man Quentin Crisp. The play runs from 27 to 31 October. Tickets at www.goldengoose/theatre.co.uk

All venues are following strict Covid- prevention measures and all have limited seating.