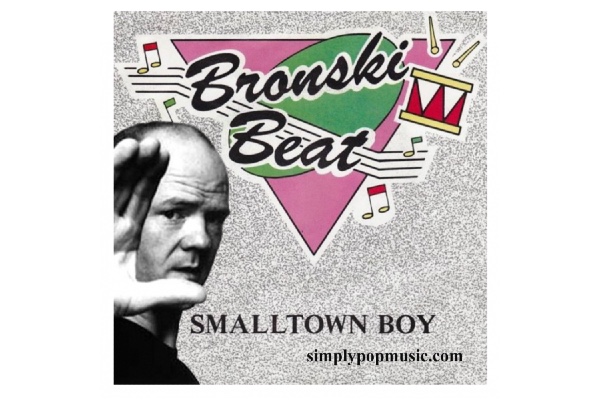 Craig Hanlon-Smith in praise of the gay music artists who broke the stereotypes and the rules to help forge a new path.

Much is said about the portrayal of gay characters on TV in the 1970s and ’80s being tokenistic, patronising or downright offensive, with John Inman’s Mr Humphries from Are You Being Served? oft cited as an example of the worst of it. Such an assessment, though, undermines the infiltrating power of these characters. Right under our repressive, mundane noses, gay people peppered our most relaxing moments and were our living room companions for years.

They presented our chat shows and prime-time Saturday night family entertainment. They were light, silly and apparently superficial, but they were mistakenly not recognised as part of the social change which was still, at that time, some years away. But for some a quiet waiting game was simply not good enough.

In a parallel 1970s London, emerging punk musician Tom Robinson became involved in the developing gay scene and soon embraced the politics of gay liberation which linked gay rights to wider concerns of social justice. Inspired by the Sex Pistols, who Robinson had recently seen live, he formed The Tom Robinson Band and within a year the group released the single 2-4-6-8 Motorway and scored a top five hit. The song somewhat cryptically tells the tale of a gay lorry driver on his daily travels, although Robinson’s subsequent efforts would be much less oblique. Glad To Be Gay was the lead track from the EP Rising Free and scored Robinson a top 20 chart position, despite the track being banned by the BBC. Glad To Be Gay takes a cynical swipe across the double standards of British life in the 1970s from the perspective of the gay community: “Pictures of naked young women are fun in Titbits and Playboy, page three of The Sun. There’s no nudes in Gay News, our one magazine, but they still find excuses to call it obscene”.

Robinson realised he was gay at the age of 13, when he fell in love with another boy at school. By the time he was 16 he had had a nervous breakdown and attempted suicide. His head teacher had him transferred to a therapeutic community for teens with emotional difficulties in Kent, where he spent six years. It was these early experiences which shaped his lyrical activism: “Lie to your workmates, lie to your folks, put down the queens and tell anti-queer jokes…. Don’t try to kid us that if you’re discreet you’re perfectly safe as you walk down the street”.

Five years later, three gay flatmates in Brixton who were unhappy with the polite, inoffensive nature of gay performers set about taking a more open and outspoken approach. Steve Bronski and Jimmy Somerville, both from Glasgow, along with Larry Steinbachek from Essex, formed Bronski Beat in 1983 and released their seminal album, Age of Consent, in the autumn of 1984. The album cover emblazoned with the provocative title and the politically charged pink triangle set out the band’s stall without a hint of ambiguity.

The lead single, Smalltown Boy, tells the tale of a young man who leaves his hostile hometown for the friendlier city. This was direct reportage of Somerville’s own experience moving to London in 1980, and his portrayal of the ‘lonely boy’ in the accompanying video depicted a clear narrative of life in 1980s Britain for gay men similar to that Robinson had shared in Glad To Be Gay. Smalltown Boy was a top three smash hit and Bronski Beat, Jimmy Somerville and their gay message was now out in the mainstream.

The album also made the top five of the UK charts and was successful across Europe. The first track on the collection, Why?, was released as the second single and was another top ten hit: “Contempt in your eyes as I turn to kiss his lips, broken I lie all my feelings denied, blood on your fist. Can you tell me why?”.

We’re now used to ‘out’ LGBTQ+ actors and pop musicians, but this was 1984. Stories were emerging from the US about a newly discovered ‘gay cancer’, soon renamed Gay Related Immune Deficiency, or GRID. These were not easy times for the gay community and here we had Bronski Beat in the spirit of Tom Robinson before them not only saying “we are gay and we are here”, but look at the damage and unfairness you are inflicting upon us. The final single released from Age of Consent was a cover of the Gershwin standard Ain’t Necessarily So: “The things that you’re liable to read in the Bible, it ain’t necessarily so”.

There was no let up from their message and delivered with Somerville’s unmistakable machismo shattering falsetto, their protest was clear.

Within another year Somerville would leave Bronski Beat and, along with Richard Coles, form The Communards. Somerville continued to celebrate and live his sexuality openly through his music. Some of The Communards’ biggest hits were cover versions of disco classics and Somerville would openly sing of his love for ‘him’ and the man of the moment. Their second album, released in 1987 at the height of the government’s national HIV/Aids awareness campaign, was titled Red and included the songs Victims and For A Friend, both of which addressed the human impact and gay experience of the plague directly:“He knows he’s not alone, he knows he’s not to blame… indignant words from hypocrites to them it’s God’s revenge” and “Another man has lost a  friend, I bet he feels the way I do.”

Twenty years before legislation was introduced to protect LGBTQ+ people at work, and 30 years before same-sex marriage became legal, these artists were heroes on the front-line, using the creative platform they had to press ahead with these open and visible messages, and for that we thank them.

From For A Friend: “As I watch the sun go down watching the world fade away, all the memories of you come rushing back to me.”