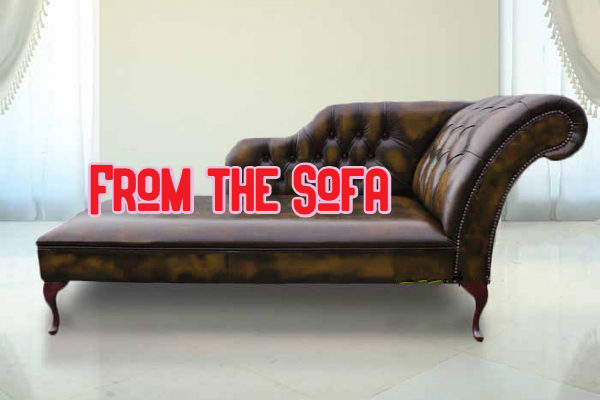 Hi sofa readers – here we go into week 3 lockdown and this week the choice of streaming entertainment is as wide as ever.

First off the Curve Theatre, Leicester, together with Birmingham Rep stream their archived production of Oscar Wilde’s classic comedy of manners and tilt at Victorian values – The Importance Of Being  Earnest.

It runs free on YouTube until Sunday 12 April and stars Cathy Tyson, as Lady Bracknell. Directed by Nicolai Foster and designed by Isla Shaw. Stylish escapism much needed right now.

Andrew Lloyd Webber is streaming some of his best musicals for 48 hours each week. This week from Friday at 7pm for 48 hours only you can catch his 2012 staging of Jesus Christ Superstar, featuring Tim Minchin, Melanie C and Chris Moyles – aptly timed for Easter weekend . I won’t spoil the ending for you – but it comes out good or bad depending on your faith or lack of it.

One of the many casualties of the postponement of Brighton Fringe is the farewell performances of Ty Jeffries as his alter ego Miss Hope Springs. I’ m working on persuading him/her to resume the farewell tour but in the meantime there’s a chance to see Hope in her short show Vegas to Weimar, retelling her life in Berlin in words and song. It’s on YouTube.

Just a reminder that the National Theatre’s much acclaimed production of Sally Cookson’s adaptation of Jane Eyre is streamed from 7pm this Thursday for a week.

You might have been wondering what our greatly talented Brighton and Hove Gay & LGBTQ+ choirs are doing in this period of non-meeting. Well, quite a lot is the answer so watch out for my special look at their virtual activities – coming soon to Gscene online.

I don’t know about you but I’ve been honing my home cooking skills and boring friends online with photos so I’ll share some with you over the next few weeks. I was taught to cook at school and by my mother – Alice Butler never weighed anything in her life – she was of the “ you use enough “ culinary school and I’m rather the same as I don’t have any kitchen scales.

But before I let you loose on my endeavours, here’s an international recipe which winged to me via WhatsApp from my friend in Hamburg Bjorn Balowski .

Roll into roulades and tie with kitchen thread. Fry roulades on all sides adding second onion. Deglaze with water ,broth and or wine ; simmer 30-40minutes.

Combine sauce with flour,butter,roux, or gravy; serve with mashed potatoes

I’m going to try it once I can get some sauerkraut !