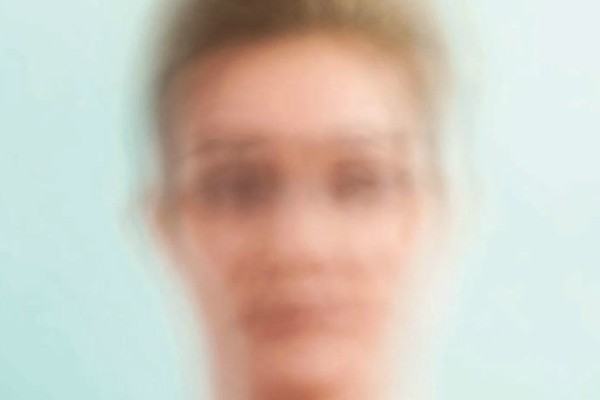 This is a new (world premiere) opera from composer Nico Muhly, with a libretto by Nicholas Wright. Marnie is based on the novel by Winston Graham although alludes to the Hitchcock film. It examines the cost of freedom, the limitations of forgiveness and the impossibility of escaping the past, with Muhly’s  direct and powerful music exploring these themes.

Marnie is a compelling psychological thriller set in England during the late 1950s. A young woman makes her way through life by embezzling from her employers, before she moves on and changes her identity. When her current boss Mark Rutland catches her red-handed, he blackmails her into a loveless marriage. Marnie is left with no choice but to confront the hidden trauma from her past.

Following Two Boys in 2011, this is the composer Nico Muhly’s second world premiere for ENO,  director Michael Mayer makes his UK opera debut, collaborating with ENO Music Director Martyn Brabbins who’s smooth control of the orchestra gave us superb musical moments and an entire evening of perfect sheen and exactness of percussion and tone, the trumpets in particular shone, which made up for some slight narrative bumps in the story. Muhly’s pairing up of instrument and character worked well,  allowing us the insight into the emotional workings of the characters as they lie, deceived, manipulate and cheat each other on stage.  No one tells anyone the truth in the opera, the instrumental paring allows us to follow more closely the narrative impulse.

Mezzo Sasha Cooke sang the title role with a clarity and  febrile vulnerability which was tangible and engaged fully with this complex character within a character, giving us both the vocal power and feminine helplessness / manipulative control  the role demands. Marnie is seriously f’ked up, by a wretched mother who is oddly underwritten considering her terrible actions echo down through the entire narrative up to the very end. Sung with beauty by Kathleen Wilkinson who gave us a lot from her small opportunities along with Diana Montague’s neighbour Lucy, both struggling working class women who do what they must to get by. It’s a lovely pairing and I enjoyed them on stage. Montague’s revelation at the ending funeral scene is beautifully scored and allows her one shining moment of righteousness & rebuking in her singing.

Bass-baritone Daniel Okulitch sings Mark Rutland, the complex husband of Marnie who traps her into marriage and then attempts to assist in dealing with her daemons, his voice wraps itself around the sadness, hurt and confusion of the role with a raw beauty. I felt for them both. They are joined by ENO favourite Lesley Garrett whose role as Mrs Rutland, society matriarch and overprotective mother is fun and James Laing as other Rutland brother Terry whose rejected advances and equally confused attention of Marnie ultimately leads to her exposure, he sang with a wonderful clarity and gave much-needed warmth to an unpleasant opaque character.

Oh the chorus! How many times have I raved about the ENO chorus and yet again I’m given an opportunity to listen to them delight with their overwhelming grace and power, there were some beautiful Brittenesque contrasts of tone and vocal clarity in this production, broad suggestions of space in blended choral song and an exquisite counterpoint as the choir sing a Methodist hymn at a funeral and Marnie finds out the awful truth of her awful early life. Sublime, astonishingly striking and utterly charming harmonic work from the chorus.

Marnie is followed, and shadowed by her four Shadow Marnie’s, all in perfectly exact versions of her own cloths, in primary colours, it reminded me of Disney’s ‘Inside Out’ , but these four Marniettes echo her possibilities, alter egos and emotions and change when she changes but also react when she’s unable to.   These five points of brilliant colour contrasted with the muted 1950’s palette of Arianne Philips costumes and Julian Crouch’s designs, they had a strange and haunting singing style when around her, choosing one note and keeping it, pure and long. It struck me, I adored it, and it felt very ancient and polyphonic in the midst of such modernism and gave Marnie’s confused, crushed psyche some simplicity and order.   Along with a group of silent all male dancers who paraded, peeped, sniffed around and generally vaguely menaced all five Marnie’s with suggestions of creepy male privilege and power.

It’s very beautiful to watch, projections cleverly muted and blend to coalesce into space and geography,  soft endlessly moving sliding panels of the set, the score rising and falling in hypnotic rhythmic John Adams like pacing, superb acting singing sliding in and out-of-place and time with a seriously elegant edge – I enjoyed looking at it as much as listening to it. My enthralled companion attending his first ever ‘modern opera’ was utterly seduced both by the music and singing and announced it his ‘favourite’ ENO production so far!

It’s missing the tension of Hitchcock’s film which is a good thing to those of us who dislike his constant jumps and starts and is firmly back in its British original book setting, which works better.  The chorus with their gossiping, judgmental sniping only adding to this 1950’s drama and its hyperreal feel.

This is a thoughtful production, timely with its focus on power, privilege, and the effect on women of toxic masculinity, sexual abusiveness, power and bad parenting. It’s a working class opera at its heart with an almost happy ending, almost unique in itself. Although perplexed by Marnie, I adored this ENO production and would encourage you to get along to witness this striking and sensitive production. With the current #metoo focus on men in power it’s an appropriate production.

There’s no clarity in the end for poor Marnie; captured she declares herself to ‘be free’ and we leave uncomfortable by the ambiguity of what we’ve witnessed of her life.