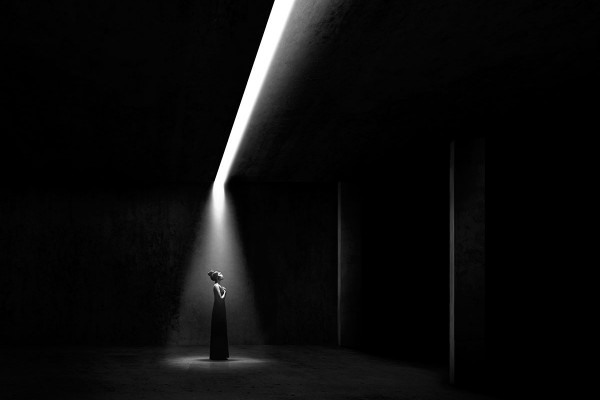 Set in Ancient Egypt, Aida is a timeless story of love and betrayal against the backdrop of war. The story is a roller coaster of emotions told through Verdi’s powerful music. Aida is an Ethiopian princess held captive in Egypt, in love with a General, Radames, and he with her. When he is chosen to lead a war with Ethiopia, we follow the conflict of Aida’s love for both Radames and for her country

Director Phelim McDermott, who last directed the astonishing Akhnaten for ENO, joins again with theatre production group Improbable’s in this new production. This opera is written on a grand scale but here they make it feel oddly domestic and claustrophobic, pulling the focus well.

Welsh tenor Gwyn Hughes Jones gave us a real heroic Radamès, full and resounding and committed to the very end, he was wonderful although trapped behind his Gilbert and Sullivan epaulettes and wooed Latonia Moore’s Aida in the most convincing way, Morre was excellent, pure, fine and focused her humility and precision combined to give a fully engaging performance which held to it’s very last breath.  What a debut! Her acting is a refined as her singing and she made me care about Aida in a very real way.  Mezzo Michelle DeYoung was fine as Amneris although was dressed like a meringue in the first half and seemed uncomfortable with the clunky English translation but her cursing saw her open up and thrill the packed coliseum audience with her full throated wrath.

Eleanor Dennis gave us a stratospherically high high-priestess which was compelling and utterly passionate and the only time the opera really took wing and dragged me under its epic thundering, she was superb and it all came together in chorus, music, costume, lighting, set and acrobats in a superb moment which delivered an astonishing pinnacle.

Robert Winslade Anderson (replacing Brindley Sherratt) brought a subtlety to Ramfis which I enjoyed and Musa Ngqungwana gave us a superb Amonasro. Keri-Lynn Wilson conducts Verdi’s powerful score of military marches giving way to emotional gentle simplicity and along with the orchestra provided a consistent start to this new season.  Her narrative thrust gave a real momentum to the opera, often lacking on stage but the pit gave us all the pomp and grandeur they had without sacrificing the achingly tender softness.  Lynn-Wildon did the ENO proud last night.  The chorus, as always, excelled and although they didn’t have much to do in the way of acting apart from creeping slowly around, their excellent singing lifted the evening.

This translation is almost as old as the story and it’s a lost opportunity not to have a new fresh take on it, it’s seriously clunky in parts and reduced the quality of the emotional subtlety that something more careful would produce. Tom Pye’s monumental sets grew on me as the evening went on and the excellent lighting from Bruno Poet’s although smothered in mist and shadow was pretty impressive and suggestive of ageless ritual and timeless space within the restrictions of the pallets.

Aida’s grand march, always an opportunity for the director and designer to go to town was a bewildering combination of jingoistic march, as dictated by the music and funeral hero worshiping,  nicely picking up the threads of costume and attitude to blend it to the eternal need of absolute authority to have willing sacrifices to place on their pedestals of war triumph. It takes it lead from a military reception of the ‘glorious’ dead with their family forced to appear in the procession of glory while flags are folded from black polished coffins and then presented with honours.  The costumes at this point had gone over the top and looked like Dune had gone on holiday with Blackadder but the trumpets brought the attention to detail back and although the detail was all about distraction, tumbling, twirling, female soldiers from acrobatic group Mimbre with modern guns and acrobatics, flag waving and mourning, coffins and crowd control, I shut my eyes and allowed the music to win the battle.  When I opened them to peep out the DUP shaman priests were marching on stage with sculls on their head and I sighed and shut them again, the trumpets were outstanding.

The second half feels far more coherent and the narrative tension is firmly in control, with the action tightly focused on the main protagonists and the sets grow into feeling supportive of the action. The whole opera is lit in a most crepuscular way and although it hints at darkness, shadow and death there’s only a few shafts of light, the opening and closing of the curtains suggests dawn, beams of light or openings into and out of secrets worlds, but over all this is a gloomy opera, focused with western obsession with ancient Egypt being obsessed with death and the shades, dance and even costumes echo this focus.

Ironically  the final scene in the closed tomb is lit the brightest and as Aida and her doomed lover face their end it’s a beautiful, quiet and perfectly judged ending to what was a slightly bumpy start, but a tremendous effort and overall well worth checking out.  With a tweak and a polish this may well be a banker for the ENO.