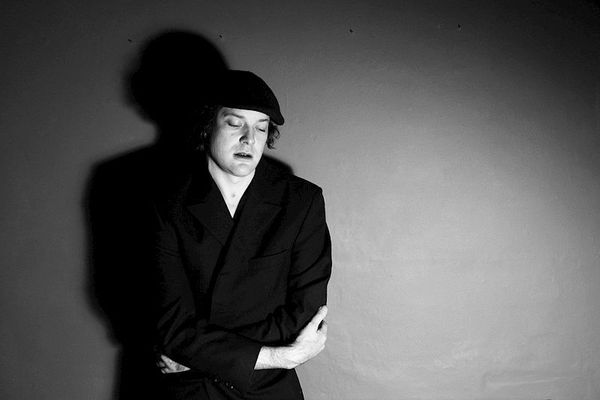 Nick Hudson is a Brighton based singer-songwriter and composer. He founded the dystopian punk band The Academy Of Sun (TAOS). Along with TAOS, he has also collaborated with Massive Attack’s Shara Nelson and performed with artists like Mogwai, Toby Driver and Keith Abrams of Kayo Dot, and Timba Harris (Mr Bungle, Amanda Palmer).

He’s been busy during lockdown, making music that could provide a suitable soundtrack to the world ending. This isn’t Sophie Ellis Bextor’s Kitchen Disco. We caught up with Nick to find out more.

“Come Back When There’s Nothing Left is a song about taking responsibility for one’s spiritual and moral decisions, and reducing to ascribe them to extant agents or systems. We have more resources and capacity for endurance than we may realize. And to regard ourselves as something separate or distinct from nature itself is a dangerous supposition, and one we’d be healthier and happier not making,” says Nick Hudson.

“My friend and frequent tour mate/collaborator Toby Driver introduced me to Clive Barker’s film ‘Lord Of Illusions’ whilst we both were on a Barker binge in Lockdown One. The song is in some ways inspired by that film, and by Barker’s work in general. I felt it right to ask Toby to sing the lead vocal on this. I find Toby’s performance very moving. I made a MIDI instrument out of my voice so in a sense it’s a duet, albeit a digitally-chopped and fragmented one.”

He recently released the single ‘Surkov’s Dream’, a stark and melodic synth-based delight, featuring a MIDI instrument constructed from samples made of bass pedals from the vast church organ of St. Mary’s Brighton. The latest single is called Come Back When There’s Nothing Left and it’s well worth checking out. It’s an ideal introduction to Nick’s extensive back catalogue. If you’re into Nick Cave, Bjork, Siouxise (and their fellow travellers) then this will be up your street.

As of March 17, Hudson’s ‘Come Back When There’s Nothing Left’ EP will be available everywhere online, including and Spotify. The ‘Font of Human Fractures’ album will be released on vinyl and digitally on April 30. Both of these releases are available directly from the artist via Bandcamp.