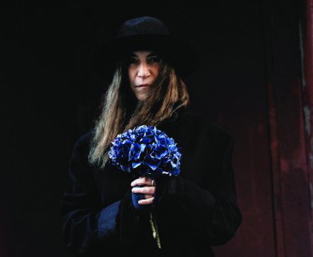 Mother of Punk Patti Smith will be accompanied by band member Tony Shanahan for An Evening of Words and Music at St George’s Church, Brighton on Friday, August 9 at 7pm.

A driving force of the highly influential CBGB movement of New York City, the legendary songwriter, musician and poet has since recorded 10 albums, including 1975’s seminal masterpiece Horses, written five books and has had her artwork exhibited worldwide.

In 2010, Patti Smith won the National Book Award for her memoir  Just Kids, in part about her relationship with photographer Robert Mapplethorpe, and in 2012 performed a sold out show at the Brighton Dome to promote her latest album, the critically acclaimed Banga.

Event: An Evening of Words and Music with Patti Smith and Tony Shanahan.