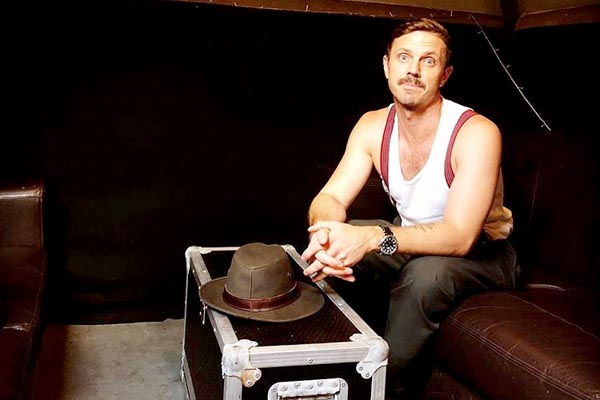 JAKE Shears and his Scissor Sisters were the stealth queens of LGBT+ acceptance and progress upon these island shores now more than a decade ago.

IT WAS almost as if under the cover of darkness their uplifting brand of acceptable queer stage performance dragged the wider heterosexual music buying public unwittingly into the circus and our heterosexual brother in-laws and their mates were proud of their 02 Arena show tickets even though they’re a bunch of gays. And for once we didn’t even roll our eyes. For at the heart of their feathers, leather chaps and muppet show antics was great music and we were all happy to be invited to the party.

Shears’ solo endeavour is no exception and although laden with an individual swagger there’s enough here to feel as though baby came home.

Album opener Good Friends and playlist hit Creep City shake a tail feather as exuberantly as anything from the Sisters’ debut released some fourteen years ago and it can be no accident that the latter’s introduction could easily have been a lively reworking of both Laura and Take Your Mama. Shears’ nod to his UK family is glaringly explicit in the excellent Mississippi Delta (I’m Your Man) with his Londoners are swell and seem like they adore me, and having been in the audience at his November London gig I’d say he’s on the money.

Big Bushy Mustache and S.O.B are as humorous as they are edgy and both suggest sweaty sex. Perhaps. Oh go on then. The album teams with radio friendly rock/country/funk moments of pop music excellence and fourteen years ago in another music industry this would have flown off the shelves in the way the Scissor Sisters first collection did.

This album deserves the same attention and success if only for the double emotional wham of Everything I’ll Ever Need and All For What. Both seem to tackle loneliness, introspection, reflection and the parting of ways with melodies and a vocal that reflect the greater moments of Elton John, to whom incidentally this album is dedicated. Of course you can listen with ease upon a range of digital platforms, but the gatefold vinyl is a thing of true beauty and the library worthy of such an addition, and any collection that includes the phrase I want a pornstar handlebar has got to be worth five stars right?

Jake Shears plays Scala London on Wednesday, Concorde 2 Brighton on Thursday, returns only available. Touring until the end of August.