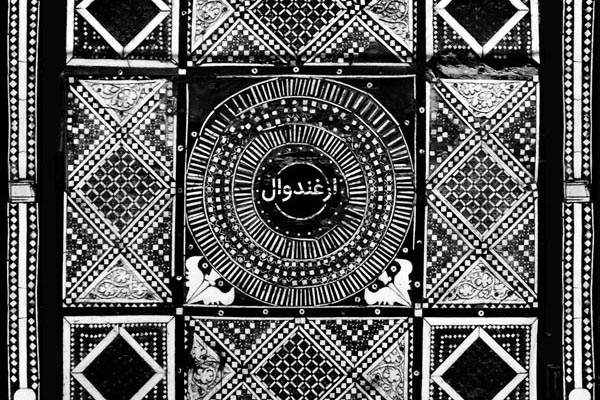 Ever wondered what the inside of a computer sounds like?

Find out in Oblique’s latest album.

Oblique is a name I’m not familiar with, I must admit. The word brings up thoughts of maths and rigid design, with its literal definition. Robotics and animatronics spring to mind. And the music itself is no different.

The Berlin based DJ (or more aptly, sound designers) seem to favour a metallic rainforest for their musical backdrop. Although they explain their inspiration is Persian. Complex polyrhythms form the vast electric jungle of sound in their album Argandiwal, which can barely contain the rich collage of instruments it boasts. Even at their shortest, the songs themselves are way beyond the usual three-minute mark.

Drastically electronic – the entirety of the album sounds as though it was created on a computer exclusively. There’s not a single real acoustic instrument (or at least it sounds like there isn’t). Songs like Argandiwal – which there are three versions of – become a geeky tribal anthem of sorts; the sounds are both modern and primitive. It’s as though the sounds of the jungle have been translated by a robot. It’s a confusing concoction.

Holding up the album like scaffolding, the construction of the original version of Argandiwal is overly long and winding. In all it lasts ten minutes.

It begins with a dark tunnel, closing in all around you. Your only company is the sound of the builders in the distance, tapping into the ground, murdering the jungle. They’re far off, but you can still hear them. The sound stops. Emptiness reigns. Maybe they’ve stopped, maybe they ha- – – –

Obnoxiously loud chainsaws slice into the surface of your eardrums, masqueraded as the various drum patterns. It disorientates you greatly. Louder and louder they climb the ladder of volume until every other sound is lost in their shadow. The polyphony rises as a layer of white noise joins the chorus, crowding the enclosed space. The workers must have brought out a pneumatic drill because the sound is hammering into your skull.

Crawling through, you notice the opening is within reach. The bright white smile of the sky promises hope, and the wind embraces you.

All at once, the tunnel crumbles, leaving you in the jungle alone. It transforms into a landscape suddenly urban. Clouds mist over the mossy trees, and beneath the mist, a sinister metalic skyscraper looms. Shards fall down here and there whilst the layers of the track come closer to you. Rain mirrors the crumbling building, and a lightning storm becomes the next unwelcome guest.

All in all, It’s an animatronic forest inside a computer. Vines are cables, the wind is the whirling fan, and the drills are the sounds of the various devices that keep the machine running. In its giant ridgid box, the power supply takes the form of a skyscraper. Shards fall off from the failing power supply, to break down the motherboard, causing a lightning storm to spit from sparking cable. The workers are dust balls and viruses, pulling away at each part of the forest (motherboard). Taking out its insides, cutting it down. The track is the slow sound of deforestation, from the inside of a computer.

And just like the album, this review is a little convoluted!