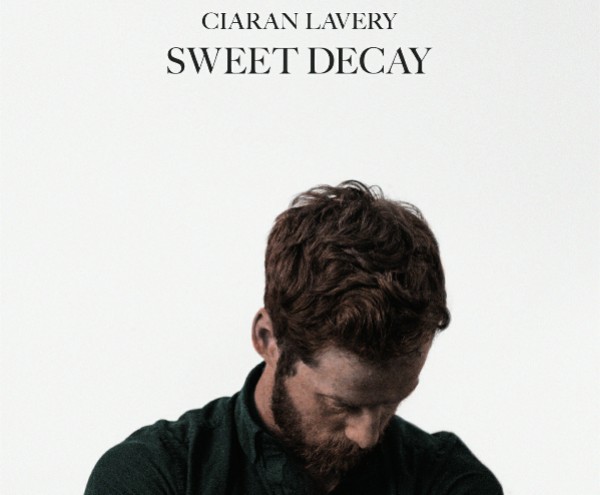 Ciaran Levery opens the stage up to a beautiful pain on his latest album Sweet Decay.

THE STAGE opens up, and in the dim glow of the dilapidated spotlight a fragile ballerina tiptoes into view. He’s tall, so tall, but holds himself with the shame of a fleeting lion in the Serengeti outcast by his pride. Despair plastered on his face, which has greeted the floor below him with a broken gaze as soon as he met the dingy stage. Lights flicker. A heartstopping boom of guitars and angry drum breaks through the damaged speakers, bursting them open. He’s ready to begin.

Beast at my door fills the room with a heavy desperation, and with it the man dances. This ballerina wants so much to impress and improve; he tortures himself with ghostly voices telling him “to be reckless“. He twists, pirouettes and skips frantically. “I’m not that strong” he cries out as the monster pulls him down into a deep pit of tragic depression. All the solemnity of Biffy Clyro is reflected back into the studio, as the gruff and twinging voice expels the dancers struggle with himself out into a chorus of ill guitars. The entire song becomes a bittersweet cascading tunnel of bleakness. It’s captivatingly toxic. This gloomy place is too much, and even the strings weep and bawl in empathy for him, but he continues to wallow in the strangling pain and sickness. And this mess, this organised choas lets out a harrowing flood of fear that perfectly encapsulate the realisation and acceptance of a decent into darkness.
Ciaran Levery lets in a flood of naive onlookers through a door to gawp at the once great dancer, with his album Sweet Decay. And it’s all we can do not to cry at the beautifully broken sight.

As the song dies out into Two days in savannah, the dancer becomes distracted by the flowing crowd of judgment that ripples into the studio. He trips slightly, but disguises it quickly as a Relevé in fifth. Applause from the audience comes in slow like a drum beat. It’s not good enough. Whisperings from the skeleton of a performer he has become commence in a shrowded cacophony. “If i pull my heart out, would you tell me it’s good enough?” the voice of a vulnerable singer asks the audience .

Strings cry out once more. Guitars ripple a gentle melody, as Wicked teeth sets in, and the dancer twirls slowly in his excruciating darkness, desperate to prove himself to us. The subtle harmonies of high and gruff vocalists taunts the dancer in its perfect syncretism. So he dances, pushes harder on the chipped wooden floorboards and leaps to the skies. Is that – is that a Grand Jeté? Oh no. The voices drop, giving way to the guitar and throwing him off of his focus. He’s over thought the move. Disaster -he can’t jump that high, he’s too weak. Legs buckle, feet slam into the ground, broken and bruised. Shocked, the audience draw in a thick layer of air that splinters in their lungs. Fright consumes him.

Relief from his state of pity comes in the form of a steady river of rhythm from the guitar as Your artist begins. Careful chords pulled out into strings of notes take him out from his sadness, and instead carrying him along to the steady beats of the drum. And as the cloud of longing vocal calls meet the minimalist guitar, and chorus rises in hope, the dancer feels complete in his strength. Perhaps he can do this. And as his new found hope grows, the fervent 13 picks up the fallen pieces of his heart from the ground with a sweet falsetto of vocals. “Ahh” he growls as the speeding guitar and drums kick into his head. Dedication bursts out from his eyes and drowns his face. His passion becomes reignited with a buring flame of glory, and Levery howls in a moment of euphoria along with him. The voice is so powerful, but riddled with broken sense of the man from before. It shatters down the wall of worry and angst in dusty pieces that crumble into the floor.

In his new state of strength, he no longer has to focus so hard so the Ballerina flashes back to a night spent sitting at a dingy bar drinking alone. He’s watching the smiling faces of everyone else around him, and feels great pity in himself at his solitude. Everything is made to last is playing in the background of the bar, and he can’t help but drown his sorrows when the wailing strings and oddly energetic guitar welcome the strangers around him to dance. “I want to be alive and a part of the dream“- Lavery’s gruff whisper almost shrieks, fuelling the fire more, with voice choking in trying to push the words out.

Horrified by the flashback, the ballerina shakes it off. But the title track Sweey decay sweeps in to replace his shackle of a memory. And in a twist of fate, a member of the crowd creeps onto the stage (promted by the steady prancing piano chords), grasping his hands to prop up a feeling of optimism, to the sound of a cautiously hopeful piano. Much like the dancers, the piano melody doubles that of the vocal, and they too sway in unison. But the crowd member can’t dance well enough, switching in and out of sync with the ballerina. It reinstates his faith in himself, and his confidence grows. He has to teach the crowd member how to dance, and so the new dancer slowly begins to mirror what the ballerina is doing exactly like a human puppet (much like the piano does the vocal in each chorus). Lavery’s mastery songwriting is on full display here, propped up in it’s own frame of perfection, as delicate vocals and soft, sweet guitars marry with piano, to add the most subtle of textures.

And with the regal strings taking over in their own orchestrally refined instrumental, the two dancers begin to twirl in sync perfectly. Faith is restored in both dancers, and the audience finally applauds in absolute gratitude and awe at what they have seen.

Levery becomes a narrator to this sorrowful tale, choking on his shy vocals like a broken Ben Howard to perfectly envelope the discourse between mind and body. Through his poetic lyricism, he shows us the toxic marriage of a youthful mind, unwilling to give up, and a weathering body too broken to follow. His words are dark and twisted throughout but often juxtaposed with the sweet dichotomy of rhyming. And light vocals break open until tears gush out with every word he sings.

 
The album is deeply romanticly dark and twisting. It’s so painful to hear as it strums directly at the soul with it’s brooding and intense lyricism and melodies. Lavery’s musical construction is heartfelt, it’s earnest, it’s sweetly dark and disturbing. The album doesn’t just tiptoe into pain, he dives in fully clothed and drowns in it. Don’t listen unless you’re prepared to handle this consuming album.