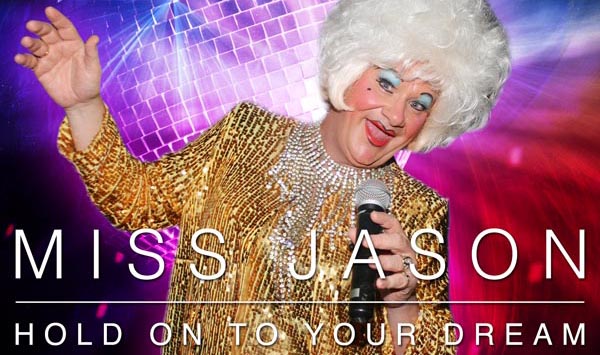 Hold on to your dreams is an optimistic uptempo euro beat number that would give many recent UK Eurovision Song Contest entries a good run for their money.

The single will be released on iTunes on December 1 to coincide with World Aids Day. Each download costs just 79p and will be donated to THT. Hard copies of the single have been produced and Miss Jason will be selling them at her shows in the coming month up and down the country. The cost is £5 with £4 going to THT.

The single, written and composed by Tony Power of Powerworld Music Production was recorded at Barbican Studios in London.