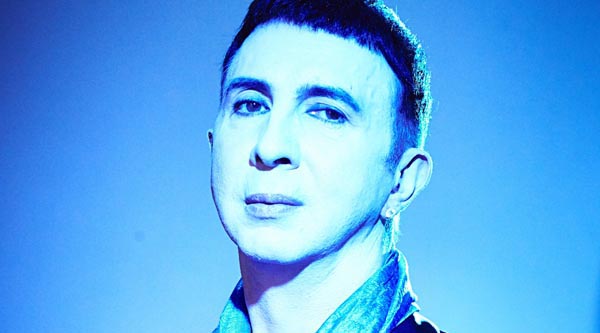 Marc Almond will perform at the first ever UK Pride, part of Hull UK City of Culture 2017’s LGBT+ 50 events marking the 50th anniversary of the partial decriminalisation of homosexuality in England and Wales.

Pride in Hull is the biggest celebration of LGBT+ culture in the region and is returning to its original venue of Queens Gardens on July 22.

Internationally renowned for his acclaimed solo work as well as his career with Soft Cell, Almond will sing songs from his soon-to-be released greatest hits collection, including Tainted Love and Something’s Gotten Hold of My Heart.

Pride in Hull spokesperson, Graham Jenkinson, said: “Pride in Hull is going to be absolutely spectacular this year and we’re delighted to announce Marc as our first headliner. He’s an icon of pop music and we know he’ll put on a fantastic show that people will remember for years to come.

“We’ll announce more details about what we have planned for this year’s event in the coming weeks and months, including lots more acts performing on the main stage – there will definitely be something for everyone!”

Pride in Hull is part of LGBT 50, one of the highlights of Hull 2017’s Freedom season, which celebrates the city’s unique contribution to liberty, tolerance and emancipation around the world.

The event, which runs from 21 to 27 July, includes a collaboration with legendary post-queer performance and events collective, Duckie plus Yorkshire Dance.

Martin Green, CEO and Director of Hull 2017, added: “Marc is a fabulous performer and we’re thrilled he will be bringing his special brand of stardust to the Pride in Hull celebrations. It’s a special year for the city: not only is it UK City of Culture, but we’re hosting the first UK Pride and this will be a highlight of the events we are planning for LGBT+ 50. It’s going to be a great party for Hull’s LGBT+ community and Marc can expect a great reception from the city as a whole.”

Graham continued: “We’re so pleased to be working with the team behind the City of Culture and with all of the wonderful events happening across the city, the pressure really is on to deliver something spectacular that the LGBT+ community won’t forget for a long time.

“We also have the absolute honour of being named the first ever ‘UK Pride’, so we’ll have the eyes of the LGBT+ community across the country and beyond firmly focused on us, we can promise nobody will leave disappointed!”