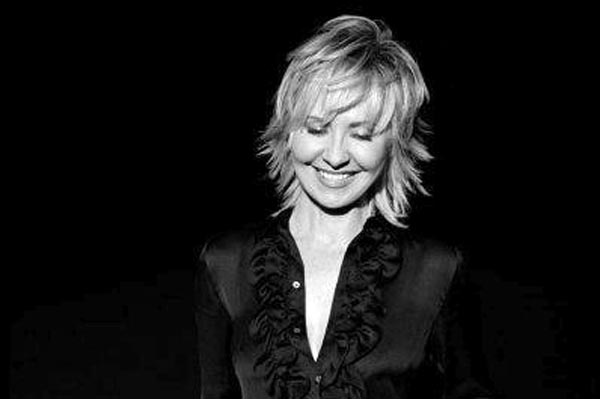 Lulu has been added to the Festival Line-Up for Manchester Pride.

IN the year she is celebrating 55 years since the release of her debut smash hit single Shout, Lulu will perform at the Gay Village Party at Manchester Pride.

She will join the ‘Danny Beard and friends’ extravaganza on Saturday evening along with Seann Miley Moore and Rhythm of the 90s.

The event will form the heart of Manchester Pride’s August bank holiday Manchester Pride Festival in the world famous Gay Village. The four-day event will this year bring live performances, a food and makers market, family focussed activities and more to the iconic cobbled streets and area surrounding them.

The focal point of the event will be Sackville Gardens where music and performances will be programmed throughout the weekend with Liberty X opening the event alongside Sara Aalto and host Stephen Bailey. Proms in the Park will take over on Saturday daytime.

A huge part of the weekend will be the Queer Music Stage which will be programmed by Manchester Pride’s year-round programme of culture Superbia.  It will run on Sunday from 2pm to 11pm.

American rapper and producer Khalif Diouf, known by his stage name Le1f, will headline the celebration.  As a gay rapper he has garnered attention for his unique and subversive musical and performance styles.

Pieces of Man lead singer and synth player To!u A¡ayi will perform on the same stage on Sunday night.  The Manchester based six-strong soul collective Pieces of a Man electronically manipulate and push the sonic boundaries of a conventional soul band.

Trans Pride will also take place on the Sackville Gardens Stage on Monday in partnership with Trans Creative and as always the weekend will close with the Candlelit Vigil in the evening.

The EXPO will continue in the space on Bloom Street where it has been for many years, along with the hugely popular silent disco on Friday and Singalong Cinema on Monday.  The films shown will be selected by a poll via Manchester Pride’s Facebook page.

In the evenings the space will be transformed into The Fetish Emporium, a place of pleasure and exploration, The Fetish Emporium will celebrate fetish lifestyles and communities providing an educational, safe space which encourages sexual positivity.  It’s programme will include lectures on the origins of Fetish from Alison Pilling, discussions fetish from Jean McDonald, shibari rope tying workshops, demonstrations from local communities and kink performances curated by Lady Wildflower.

The car park, which in the past has played host to the main stage, will this year host the Sackville Square Fair with a host of food and drink traders and a makers market with DJs playing all weekend. Plus the much-missed fairground rides will return to the site to make the most of the space which has become much reduced as a result of the construction work happening across the area.

Mark Fletcher, chief executive for Manchester Pride, said: “I can’t wait to see Lulu performing at the Gay Village Party. She’s a legend and we know the audience will love it.

“It was important to us that alongside the big name performers such as Lulu, Liberty X and Saara Alto we gave the stage to emerging LGBT+ performers as part of the Superbia takeover. It’s very exciting to be adding Le1f and To!u A¡ayi to the Queer Music Stage, they will a bring an element that we haven’t seen at the Festival before.”

Ticket prices for this event are subsidised by Manchester Pride to help deliver a safe, community pride celebration.

Guests can expect wristband checks in bars and the same security as previous festivals to ensure a safe and welcoming space for LGBT+ people to celebrate all weekend long.

Day tickets are priced from £10.