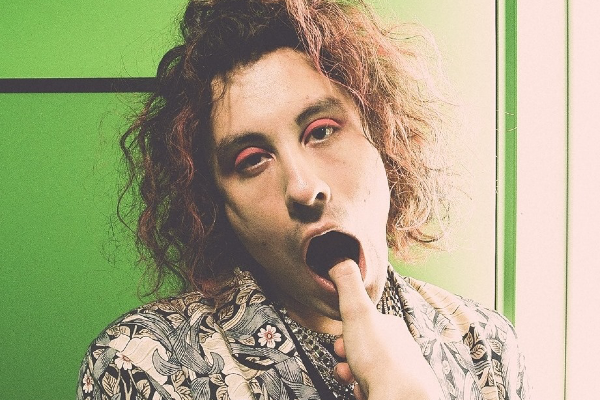 Lyrically, the track is unforgiving in its exploration of lead vocalist Henrik Garcia Søberg’s deeply personal, harrowing experiences of self-destruction, fear, anger and self-loathing through the vehicle of raw, punk-spirited guitar music.

Born in Columbia, Henrik has struggled with displacement from a young age. As an adopted child, they moved to Oslo where they grew up discovering a passion for music, while also struggling with their own identity. In 2012 they moved to New York, forming various bands and artist projects as a release from their ongoing issues of depression and addiction, culminating in an eventual suicide attempt.

Counting themselves as one of the lucky ones, Henrik has now found a new direction and drive. While addiction and mental health issues are never fully purged, the Lazy Queen project represents a new chapter musically and personally for the lead singer. As a band, Lazy Queen are better placed than most to appreciate their privilege. As a Non-Binary vocalist, Henrik is a huge advocate of supporting the LGBTQ+ creative community, regularly performing at Pride events in Oslo.

Henrik says: ‘Throwaway is about hitting rock bottom, waking up in a hospital bed, surrounded by love and care, only to bite every hand that’s ever tried to feed you.

‘It’s about seeking allowance, revelling in penance and repeating familiar and comfortable patterns of self-destruction. It’s about knowing that it’ll inevitably bury the person I want to be underneath yet another protective layer of being a selfish asshole.’