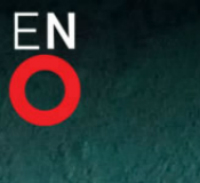 This is the third outing for Millers La Boheme and it’s developing in to a fine vintage, full of flavour and body. Under revival director Natasha Metherell we experienced one of opera’s greatest love stories, tracing the doomed relationship between the impoverished poet Rodolfo and his seamstress girlfriend Mimì with an evocative design from Isabella Bywater and a heart rending emotional translation from Amanda Holden this was a glorious production, combining to overcome the occasional rather desperate plot mechanics to highlight the real doomed passion of the lovers.

Millers production was radical for its time, harking back to the earthy novelty of poverty, although this production is more traditional in its outlook it never-the-less maintains an eye for detail, set in a shabby 1930’s left bank Paris, all hand to mouth poverty and noble humour struggling through.

David Butt Philip is a revelation as Rodolfo, transfixing the house with his rich perfect tones with glorious full power, he wrapped the angst and role in such delicious tenor perfection that we all sighed every time he stopped singing. What a debut! Angel Blue, herself debuting in the role of Mimi if not the opera itself was equality delightful but just slightly less controlled with her big bright voice, however she most certainly knows how to project and keep the eyes of the audience on her when she’s on the stage and she doesn’t’ disappoint. I adored her. I didn’t; believe they were in love though, as although technically perfect there was no emotional warmth between them on stage.

Jennifer Holloway’s Musetta is wonderful brassy and huge with her soft seductive voice doing all the heavy lifting for the role as she’s too charming a presence to have the rough edge that Musetta needs. Barnaby Rea sang his heart out as Colline and George von Bergen’s Marcello was full of pomp and reflective charm and they made a good supporting cast. The chorus were sweet although they often seem like such an afterthought in this Opera, and I so wish they would lose the kiddies, but then the rest of the house cooed over them.

Gianluca Marciano brought a warmth and depth to the music conducting the ENO orchestra, keeping them just the right side of mawkishness while allowing the rich and sometimes over blown emotional content to swell and ebb accordingly. The orchestra wrestled on occasion with some of the cast reaching out over the tempest of music pouring out the pit, but I suspect this was a first night twitch as were the hasty drop of the curtains before the final music faded out.

This is a crowd pleaser of a show musically and the audience were most pleased by it, with some throw away vulgarities and some silly set pieces and guttural estuary English stops from the Factory Girls it’s not the ultimately engaging on a visual level, but over all it was an engaging and entertaining evening, and although Angel Blue shone as Mimmi, it was David Butt Philip who really won the audiences heart.

For more info or to book tickets click here: