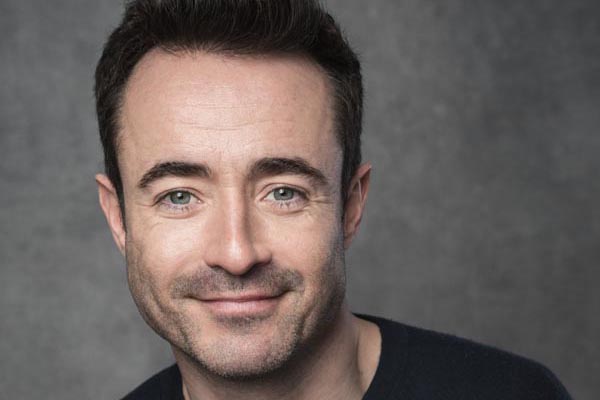 Joe McFadden winner of Strictly Come Dancing 2017, stars in brand new production of the cult classic Priscilla Queen of the Desert, the Christmas production at the Theatre Royal, Brighton in December, 2019.

MARK Goucher and first time producer Jason Donovan have announced that Holby City actor and Strictly Come Dancing winner Joe McFadden will star in their brand new production of the much-loved glittering hit musical Priscilla Queen of the Desert which comes to the Theatre Royal from Tuesday, December 17 – Saturday, January 4!

It marks Donovan’s first time as a producer, having performed in the cast of the original West End production and two subsequent UK tours.

The producing team is completed by Gavin Kalin and Matthew Gale. The National Tour of Priscilla Queen of the Desert will preview in Dartford from September 5, 2019.

Joe McFadden said: “I’m over the moon to be taking on this new and exciting challenge in a musical that I have been a massive fan of for such a long time. I’m looking forward to working with this wonderful production team, including Jason whose guidance I feel especially lucky to have given his previous experience with the production. I can’t wait to take the Priscilla bus on the road and have a bonzer time making the role my own!”

Mark Goucher said: “Joe is great casting for Priscilla. He is a very strong musical theatre performer and will bring great charm and integrity to this new production of a great musical.”

Jason Donovan added: “So pleased to announce Joe be starring in our production. He’s a down to earth, talented guy who will bring enormous warmth to the role of Mitzi. I can’t wait to see him in heels doing those dance routines…. Awesome.”

The iconic hit musical will have more glitter than ever before, featuring a dazzling array of stunning costumes, fabulous feathers and a non stop parade of dance floor classics including It’s Raining Men, I Will Survive, I Love The Nightlife, Finally and many more.

Based on the Oscar-winning film, Priscilla is the hilarious adventure of three friends who hop aboard a battered old bus bound for Alice Springs in Australia to put on the show of a lifetime. Their epic journey is a heart-warming story of self-discovery, sassiness and acceptance.

This brand new production comes from the team behind the critically acclaimed UK tours of Hairspray; with direction by Paul Kerryson, choreography by Tom Jackson-Greaves with designs by Phil R Daniels and Charles Cusick Smith, lighting design by Ben Cracknell and sound design by Ben Harrison.