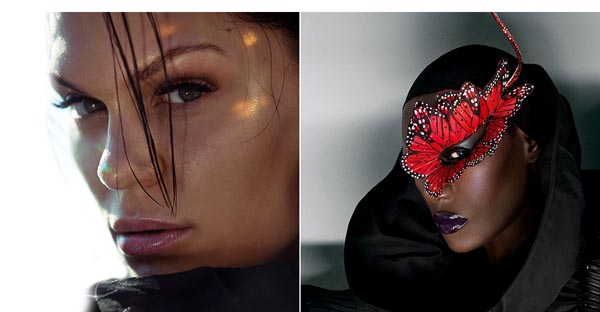 FIRST up is the sensational Jessie J has had a trio of U.K. Top Five albums – Who You Are, Alive, and Sweet Talker – as well as chart-topping singles including Price Tag, Domino, Bang Bang, and the brilliant LaserLight, featuring David Guetta.

As well as her global success with millions of record sales, Jessie’s show-stopping live performances include a global audience of billions at the London Olympics, at the Glastonbury festival and the Diamond Jubilee Concert as well as a full-blown Saturday night prime-time TV career as a judge on The Voice.

Also taking to the stage is iconic supermodel, Studio 54 superstar and muse to Andy Warhol, Grace Jones, who has lived the life most people only dream of.

From a string of dance club hits like I Need A Man, La Vie En Rose, My Jamaican Guy and Love on Top of Love (Killer Kiss) produced by C&C Music Factory to the critically acclaimed albums Warm Leatherette, Nightclubbing and Slave to the Rhythm. Her voice and the anthems are as ingrained in our memories as the strong female roles she created opposite Arnold Schwarzenegger in ‘Conan’ and Roger Moore in James Bond’s A View To A Kill.

Grace has headlined almost every major festival across the word, has created more iconic looks than almost anyone alive and famously hula-hooped at the Queen’s 90th birthday celebrations. Prepare to scream “heeerrrrreee’s Grace!”

LoveBN1Fest is all set to turn Sunday In The Park into the most spectacular community and family festival in the city.

More artists will appear on the Brighton Pride website over the coming weeks.

£1 per head on each ticket sold will be donated to the Pride Social Impact fund who give grants to local groups and organisations affected by the Pride footprint.

To book tickets for all Pride events available only through the official Pride Ticket Shop, click here: