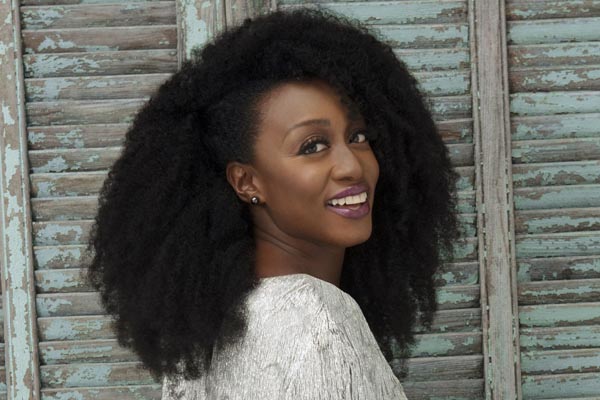 THE event was recorded for a live album due to be released later this year ahead of a UK tour with a Brighton Centre stop on October 1. Super fan Dean Pender caught up with Bev and asked if in the mid 90’s she envisaged having such success 25 years on:

“I knew I would still be making music. What I could not have predicted was how, and in what capacity. I knew I was going to make music throughout my life but I had no idea how big it would be but I always knew that somehow, someway I would have a career, a lifetime of singing and making music. I didn’t know if I would need another job to supplement that. But as it turns out…. I never did!”

In the 90s you were vocal about your support for the LGBT communities and called out artists who included homophobic lyrics in their work. What was the reaction at the time?
“It caused immense problems. I was literally on my own. Absolutely no other black, British artist in the urban field and I make that distinction importantly – the urban field, spoke out. I was an island but I believed, as I do today, that your silence means you are complicit with homophobes and racists. I’m not here for that. There was a backlash although luckily there was no social media back then but it was terrifying. People wrote to magazines saying they were going to make sure my career was going to be over, and I received [messages] that could be construed as death threats “I know where you live” and things like that. But these were a minority, the overwhelming majority supported me. It was a minority of individuals from within my own communities who were absolutely furious with me”.

Did your career suffer?
“As a result, a lot of people who were decision makers in the music industry would distance themselves from me. It was very hard for a time as those people stood away from me but I didn’t care. I was raised to believe in standing up for what is right, even if it costs you and I still believe that now. I am proud that I had the strength to do that. Would I do it again in the age of social media? I’d like to think I would but it is difficult when you are the only one”.

Is it true that your band at the time didn’t want you to perform for gay audiences?
“Yes. It was awful. It was the band I had at the time in the beginning, in the mid 90s. I was asked to do Pride and I was so excited. My manager put it to the band then three days before the event was due to happen my manager told me that they felt they were unable to be my band in this circumstance due to their religious beliefs. Are you serious? For their religious beliefs? Well I was going to play Pride, even if they weren’t. So the band had to go it was that simple. It was stressful and I had to get a band together in lightning time but that’s how it was. Sod ‘em! (laughs).

“I won’t name those people because since then those people have seen the error of their ways and come round to being full rounded people. But if they hadn’t, I’d have shamed them! With time people grow up”.

You were awarded an MBE for your services to music and charity in 2007. Did this come as a surprise?
“I was so stunned it took me a long time to say yes. In 2007 I still thought I was very young, in my thirties and “I haven’t done anything!”. My management had a word with me and said this isn’t just about you, it’s about the people coming up behind you and those who laid the path for you. My mum and dad came to Britain not knowing what life was going to be like for them and they certainly didn’t think their daughter would go on to have the career that I’ve had. The award was as much for them and so I agreed to take the MBE.

“That day at Buckingham Palace, I had my mum, dad and my manager there. When they called my name all I could think was ‘don’t fall over, why did you wear platform heels!’ Can you imagine if I’d fallen over – the shame. When you meet The Queen, she pins the award on you and then gives you a shove as if to say – ok, go now – and you have to walk away backwards! The shoes looked good but what a mistake!”

In 2013 your career took a different turn and you moved into acting. How did that come about?
“I had acted my entire life. My first role, I was five! All the way through school I did drama and joined local amateur dramatics, but I stopped acting when the music career took off. So I feel this is a return to acting but on a professional level and I’m so proud that I was able to go back to it. I loved it being on stage and being someone else for a minute. I was the first black Grizabella in Cats in the UK. Next year there’s lots of theatre happening for me and all original roles too so keep an eye out for that.”

Your new tour is a tribute to Stevie Wonder and involves you and an orchestra performing some of his songs. What can we expect at your Brighton show on October 1?
“It’s going to be beautiful. I am Stevie Wonder’s ambassador for the night and I’m going to share his music. I’ll be singing all the songs that I love of his that mean something to and resonate with me. I’m tackling some of the greatest songs known to man, it will be beautiful. Two hours of his music and I’m really looking forward to it.”

And the new album?
“I have the live album coming in November which is of the anniversary show from May at the Royal Festival Hall with some new studio tracks on there. I’ve never done a live album show before and with that and the new tracks I’m really excited.”