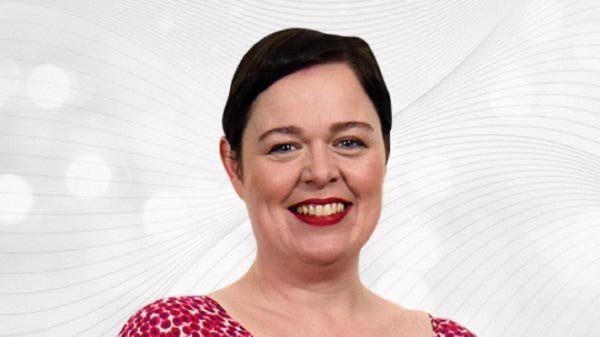 Jess is a Brighton resident and keen fellow choral singer Nick Boston caught up with her to find out more.

When did you first start composing music?
“I don’t come from a musical background at all but my mum bought a piano for me and my brother. I started lessons when I was four and absolutely loved it. I was always writing little songs; the first Mozartian classic being ‘Jessica Curry is in a hurry, she’s going on holiday/Hip hip, hurray, she’s going on holiday’. I think you can spot the innate talent right there. So it’s fair to say that writing music has always been part of my life.”

How would you describe your musical style? Who are your musical inspirations?
“My music is often described as being melancholy but with a great deal of hope within it: there is always the chink of light in what I write. I wasn’t classically trained and I wonder sometimes if that frees me from convention. I always start with my emotional reaction and then work from there. I don’t take on many projects so each one that I commit to gets my full heart and soul – having that time to explore and question is invaluable, I think, and it gives you the headspace to experiment and to avoid those easy tropes. My musical inspirations are varied and ever-shifting but at the moment I’m listening to a lot of Joni Mitchell, The Bird and the Bees, John Harle, Saint Saviour, Charles Ives and Zbigniew Preisner.”

So how did you get into composing music for video games?
“I can honestly say that composing for interactive music was never on my agenda! Husband Dan asked me to write the music for his first game, Dear Esther (developed by Brighton-based The Chinese Room). It was also my first game soundtrack – it’s not an interactive score: I had never played a game when I wrote it so I just wrote the music that I thought fitted the game. In retrospect I do think that that naivety played in my favour. Because I wasn’t aware of the conventions of game music, it completely freed me just to write. I wouldn’t advocate ignorance as a best practice technique for everything by the way but I think it worked for us because Dear Esther itself defied so many gamic conventions. I never intended to write music for a game because, if I’m honest, I didn’t think that that world had anything of interest for me as a composer. I’m exceptionally glad to have been proved very wrong on this matter.”

What’s it been like bringing Dear Esther to life on stage?
“It’s been amazing and it’s been challenging. When I originally envisaged it I always thought of it as a pure live rendition of the game, not a theatrical interpretation. It also struck me that there was the really interesting concept of experiencing a game whilst sat with so many other people, most of whom are strangers. Players have had such a strong emotional experience to Dear Esther over the years and I wanted that to be experienced collectively, which I think adds another deep, sometimes profound, layer of immersion and emotion, especially when the game is so concerned with isolation and solitude. The best part has been experiencing the audience’s reaction – you look round and they are spellbound.”

You’ve brought game music to new audiences with two successful series of High Score. How was that for you?
“I’ve absolutely loved writing and presenting High Score. It’s been so much fun and I’ve loved bringing in new audiences – the gamers who don’t listen to ClassicFM and the ClassicFM audience who maybe haven’t experienced game soundtracks before. There is another series in the works and I can’t wait.”

In her speech at the 2016 European Women In Games conference, Jess said: “If someone’s doing great work, reference their name, shout about them. A lot of women who write to me say that they don’t feel heard, they don’t feel seen and they don’t feel valued. Always think about how you can be signal-boosting your colleagues and shouting about their achievements’.”

So who out there would you shout about right now?
“I have been championing the work of three amazing composers for a couple of years now. Tess Tyler, Rebecca Dale and Luci Holland are all doing amazing work and I can’t wait to see where their careers will take them. I feel passionately about not pulling up the ladder behind me. I was fortunate to have people give me a helping had when I was beginning my career and it gives me great pleasure to be able to do so for others now that I’m more established.”

And what’s in the future for you?
“I’ve just signed with Faber Music, which is incredibly exciting, so all of my back catalogue will be available to purchase as sheet music which is amazing! Dear Esther Live is going to be performed internationally and I will definitely be writing more game music for The Chinese Room. I’ve also just started work on a new classical piece, so it should be an exciting year.”