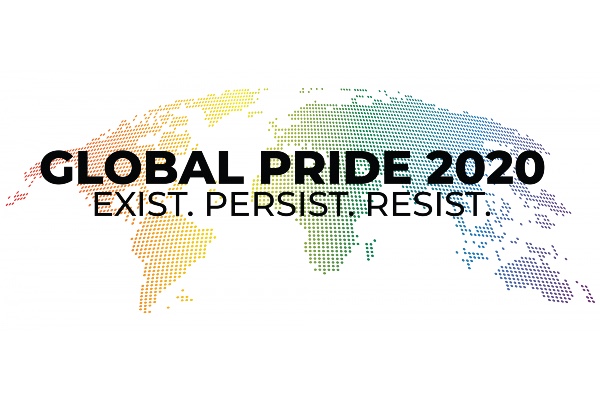 Speakers include Carlos Alvarado Quesada, President of Costa Rica , which this week legalised equal marriage, Prime Minister of Norway Erna Solberg, Prime Minister of Luxembourg Xavier Bettel, Crown Princess Mary of Denmark, and Prince Manvendra Singh Gohil of India. All were approached by Pride organisations in their own country. More leaders will announce their participation in the coming weeks.

Global Pride was launched by national and international Pride networks after hundreds of Pride events were cancelled or postponed due to Covid-19. A team of more than 100 volunteers – all experienced Pride organisers – from across the world are giving up their time to organise and deliver the event, which will run for 24 hours and feature speeches from world leaders, activists and human rights defenders, reflecting the organisers’ statement that ‘Pride events might be cancelled but the spirit of Pride will live on’.

Organisers estimate that there are more than 1,500 Prides globally, and all are invited to be a part of the virtual event.

Kristine Garina, President of European Pride Organisers Association, said: ‘Every Pride organiser in the world can tell you a story of someone whose life changed when they visited Pride, and so with so many Prides being cancelled or postponed, as organisers we felt we had a responsibility to come together and deliver Pride online. We’re tremendously excited for the potential for Global Pride to bring people together in the biggest Pride there has ever been.”

Julian Sanjivan, Co-President of InterPride, added: ‘By taking Pride online, not only are we making sure that LGBTQ+ people everywhere can still experience the joy and community of Pride, but we also for the first time are enabling people to take part in Pride wherever they are. This means people who aren’t out, or who are living in socially conservative countries, can take part. The support of these incredible world leaders and performers will mean so much to marginalised LGBTQ+ people everywhere.’

The show will be live-streamed on Saturday, June 27 on the Global Pride website, on YouTube and on other platforms to be announced, and will be free to view.