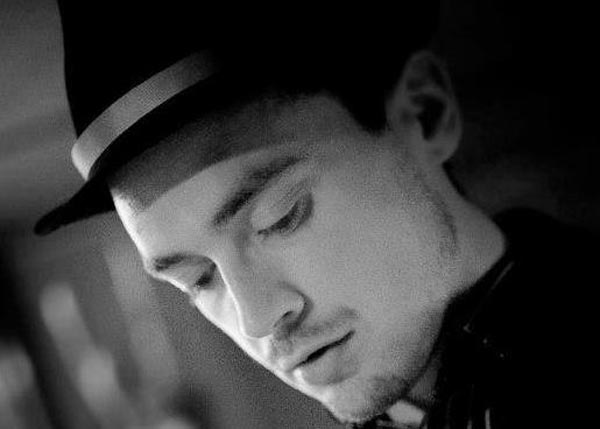 If you grew up in a small, not very interesting town, the cosmopolitan city of Brighton can hold a magnetic pull, and for poet John McCullough it was no different.

Since first coming here in 2000 to do a Ph.d on Shakespeare at Sussex University, John’s life has gone from strength to strength. From early days as a barman in the Bulldog, to meeting his partner of twelve years to becoming a much-acclaimed poet, Brighton has been the setting for numerous joys and successes.

What is it that keeps him here?

“Brighton’s full of movement and colour. It has a unique identity in terms of having been associated throughout its history with outsiders, with dirty weekends and gangsters, punks and jugglers, alternative sexualities and subcultures. Walking through the North Laine or down St James Street, you get used to encountering stilt walkers, drag queens, Radical Faeries.

“It’s a gloriously weird bubble. And the feelings conjured up by inhabiting a space like this can’t help but shape what local writers produce. The Frost Fairs is the book that people most associate with me because of it winning the Polari prize, and I don’t think I’d have written a book remotely like it if I’d lived somewhere different. The idea of having all these gay, transgender and intersex characters at different points in history definitely sprung from my relationship with where I live.”

In April 2016 we will see not one, but two new John McCullough works come to fruition. One, a song cycle, “The Seven Doors of Danny” (billed as a music and poetry work) he has written in collaboration with local composer, Ricky Horscraft and the second is a new collection of poems called Spacecraft.

John explained: “When Ricky first put the idea to me about writing something based on Shakespeare’s Seven Ages of Man, I jumped at the chance, having spent five years looking at homoerotic goings on in his plays and sonnets for my Ph.d. But we’ve been sure to make it a very 21st century work.”

Indeed, while the first song captures the innocent excitement and energy one expects in childhood things soon take a much darker turn, with school bullies, self-realisation, criminal behaviour and a drag queen gangster all thrown into the mix.

For John, it is the first time he has worked with a musician and he says he has learnt a great deal on the way about how music and poetry can work together effectively. (However, he does not admit to his past experiences as a barman having any influence on some of the songs’ content.) Three of the songs were previewed to an invited audience in June 2015 and the enthusiastic reception told them they were onto a winning idea. And the villainous drag queen will be portrayed in cameo by none other than Brighton favourite, Miss Jason.

The other work of John’s coming out in April is his second collection of poems, Spacecraft, which is being published by Penned in the Margins.

What can we expect?

“Spacecraft is very different to The Frost Fairs. It’s a book themed around absence and making things out of nothing. Many of the poems are about my first partner Andy, who passed away from an AIDS-related illness. There’s also lots about all the beautiful words that have vanished from the English language over the centuries, plus it wouldn’t be me if there weren’t plenty of surreal poems featuring flying churches of rain, people turning into exclamation marks and the like. The last quarter of the book is a series of poems about Brighton itself, and being alive and in love here in the present day.”

After all the promotion for these two projects, what does he plan to do next?

“No idea. My head has been rather crowded of late with them both, so I’ve not really had time to think. All I can say is it will be something completely different that moves away from what I’ve done before. No sequels! I think any artist needs to keep experimenting to stay healthy. Actually I’ll probably start with some sleep. That would be lovely.”

The Seven Doors of Danny will be performed on Saturday, April 2 by members of Actually Gay Men’s Chorus and University of Sussex Symphony Orchestra at St Andrew’s Church, Waterloo Street, Hove, at 7.30pm.

For more information about The Seven Doors of Danny, click here:

Event: The Seven Doors of Danny

To buy tickets online from end of January, click here: