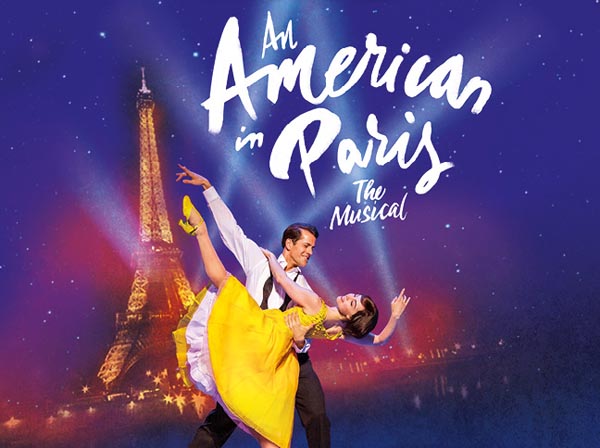 An American in Paris seamlessly captures the quintessential cityscape of an olden day Paris as Robert Fairchild (NYC Ballet) graces the stage as Jerry Mulligan. Now a demobbed soldier, Mulligan aspires to be an artist in the French capital. This is one of several storylines that weave into a mildly predictable yet endearing tapestry that is a beautifully entertaining adaptation of the 1950’s Gershwin original.  This spritely musical now takes the form of the big screen, making the experience all the more whimsical.
One feels enrapt in the scenery as each character is played with the kind of humanity that reaches through. Particularly so with the quaint and naive Lise Dassin (Leanne Cope) who’s French accent guises her past. Highly regarded choreographer, Christopher Wheeldon, does a truly magical job combining styles of ballet, contemporary and jazz dance and special mention to the striking vocal prowess of Zoe Rainey playing Milo Davenport.
This modern take of An American in Paris transports you right to the cobblestone laden, starry skied streets of Paris with a pleasant side of post-war romance.