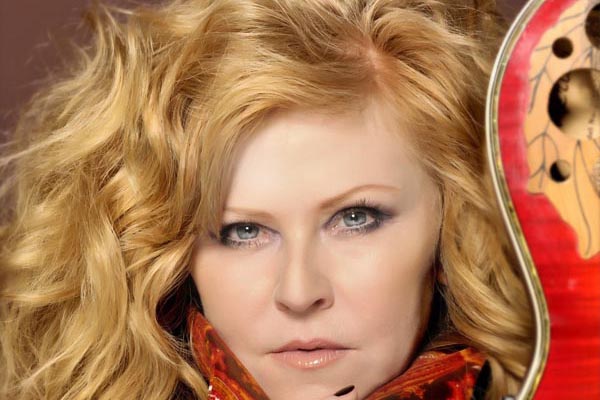 Carol Decker and T’Pau may seem an unlikely band of gay icons, but in 1987 they and their music were my gay teenage saviours. The album Bridge of Spies, now celebrating its 30th anniversary, saw me through my lonely angsty teenage years. I’d spend hours every week locked in my room “climbing the walls” with only these recordings for company. I felt as if every song was narrating my circumstance and counselling me to sanity: “it’s easy for you to be shocked at what I do, you’ve probably got someone at home”. Oh I’m sure, these songs weren’t actually written about me, but on reflection I find it amazing that music has such power to affect, infect, care, lead, inspire and support you through your s***.

All those boys at school I’d yearn to speak to let alone have a cuddle with; “I know mine, are the arms you’ll never hold” and “No, it doesn’t bother me, the time I spend in imagery”. The ability to run off to my secret patch of grass on the outskirts of town with these beauties embedded in my Boots Walkman, I firmly believe prevented me from coming to some serious harm. They were my escape, my coach and my friends until I was ready. Listening to these songs today isn’t a sad experience for me, they were holding my hand when I needed it most and hearing them now, I actually could go through it all again; “For what’s the point if you are never free to say, this is what I believe, this is a part of me, no hero, no regrets but only meant to be”.

Ahead of their anniversary show in Brighton in November, I chat to Carol Decker.

Thirty years ago, did you have any idea your music would have such an impact on people?
“No I didn’t have any idea of anything that grand! We were just young reprobates making music, touring and generally misbehaving. The whole point of being in a band (well back then) was to not have a plan. I was just being creative, hoping for the best. I had a few tick boxes: have a hit, maybe get on TOTP, but I didn’t really think past that.”

You recently released repackaged and remastered editions of your original albums, Bridge of Spies and the box-set The Virgin Anthology. How was it revisiting those?
“I found it really poignant because it was like an emotional rollercoaster and memories were tied up with personal and professional endings as well as lots of good and crazy times.”

What’s your relationship to those songs now?
“I enjoy performing them as I always make sure I work with excellent musicians who really lift the songs in their performance. Plus they mean so much to people and that’s an honour but I find it hard now to remember the girl who wrote them. Even when I look at my videos, I see Scarlett my daughter, not me. I see her face not mine.”

Thirty years, eh? Besides thinking where the hell did that go what are your highlights?
“Thirty years is a long time ago and it’s true what they say, ‘the past is a foreign country’. I’ve covered all the major moments from the big old days in my autobiography Heart & Soul, but most recently we did a 23-date acoustic tour in 2016 which was very different for me as I’m used to making a big noise. It was more delicate and I could really tell the story of the songs. I’ve done about 40 shows with Go West and Nik Kershaw which has been such a treat. Rewind Scotland this year was massive, Camp Bestival was awesome and last week we sold out Ricoh Arena in Coventry with Paul Young, Tony Hadley, Kim Wilde and a host of others. I’m so lucky to work alongside these amazing people who are part of such a memorably creative era.”

Is the first single Secret Garden from second album Rage really about the LGBT community?
“It was more [specifically] about being gay back then which was tricky in the early 1980s.”

Blimey that was progressive wasn’t it, 30 years ago? Where did that come from?
“It wasn’t about a specific person. We had a gay bass player in my first band The Lazers in the early 1980s who didn’t really come out as such, he just confided in a few of us and I kind of expanded the idea into a little parable for how we all hide our true selves to an extent.”

What can fans or first-timers expect from these anniversary shows?
“We’re going to play the classics and album tracks and I’m dusting the cobwebs off a few B-sides that I haven’t sung in 30 years… I hope I still can!”

Pick your three recommended T’Pau tracks from the recent releases…
“This would vary on a different day but these three songs have real stories: One Direction from The Promise. I had a view of Central Park from my hotel room and saw homeless people being ignored – lots of people just rushing by them. Sammy And Dave from Pleasure and Pain is the story of two friends that lived in Greenwich, they’d been together seven years and had reached an impasse in their relationship. And finally, with a nod to the Harvey Weinstein horror, This Girl from Rage which is my story of some of the vulgar unsolicited attention I had when I was younger.”

More Info:
♦  T’Pau play Islington Assembly Hall on November 23 and Brighton Concorde 2 on November 24.
♦  Heart & Soul by Carol Decker is available from Amazon.
♦  Bridge of Spies (expanded) and The Virgin Anthology are available in physical and digital formats.