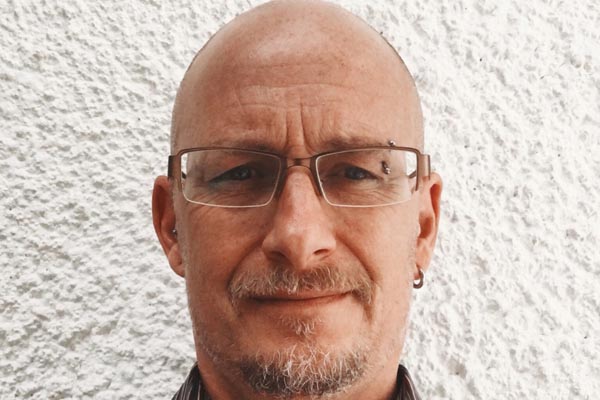 A very happy 2019 one and all. And what better way to start the new year is there than by having a resolution that you’ll not break?

SO forget about the giving up of chocolate or only having the one sherry on a Friday – simply aim to listen to some more radio! And why not start by tuning in to hear the glorious Josh Sharp as he co-hosts the HIV Hour on Radio Reverb?

You’re now presenting the HIV Hour on Radio Reverb. How did this come about and how does it feel to be a star of the airwaves?

“Well, fairly recently I started a course called Work Positive organised by the Terrence Higgins Trust. As part of the course you’re offered a work placement and I chose the HIV Hour as the placement I’d like to do.

“It’s still early days, but I’m loving co-hosting the show. I’m also learning to produce the show and getting to play some jingles I’ve been working on. I think being a DJ has helped with that. I would eventually love to do my own solo show.

“If you’d like to check out the HIV Hour show tune into Radio Reverb 97.2fm at 7pm every second Thursday of the month with a repeat the following Tuesday at 12pm. Or have a look at the Reverb website – radioreverb.com – for further details!”

Where else are you playing?

“I’m not playing any residencies at the moment but I’m DJing for private parties which is great. The crowd is ALWAYS up for a party.

Any other exciting projects lined up for 2019?

“I’ve been producing my own music for quite a while but have never really pushed myself. I find networking and marketing myself quite difficult! It’s a shame, because they’re both important aspects in getting your music out there and played. Luckily, the Work Positive programme is really helping with this. Who knows, 2019 could really be my year! To that aim I’ve put a couple of my own tracks into my current Top 5 below! Please check them out on SoundCloud/JoshSharp.”

What music rocks your world these days?

“I’ve an eclectic taste in music and like the deeper and funkier side of house, but also I’m loving Justin Timberlake’s first album Justified at the moment.”

Favourite tune of all time?

“Oh my goodness, I’ve got far too many fave tracks! But at this precise time, Take It From Here by the aforementioned Justin Timberlake is getting the most rewinds!”

Describe yourself in three words!