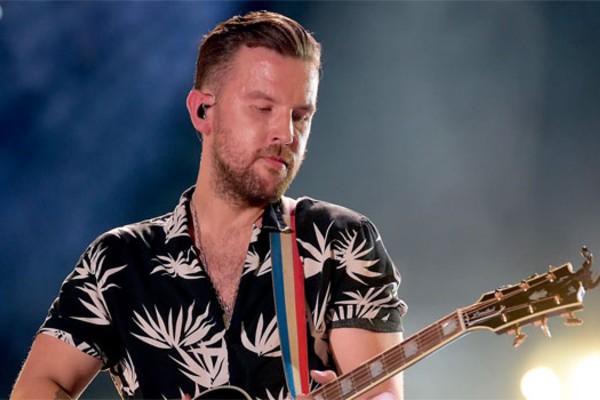 Country singer T.J. Osborne, who is one half of the Brothers Osborne duo, has come out as gay, making him the first country star signed to a major record label to do so. He spoke about his sexuality in an interview with Time, saying his friends and family have known for years, and that he is now ready to live his truth. He continued: “I’m very comfortable being gay. I find myself being guarded for not wanting to talk about something that I personally don’t have a problem with. That feels so strange.”

He said that coming out publicly does not feel like a big deal for him, but he hopes it will inspire more tolerance in the country music industry: “People will ask, ‘Why does this even need to be talked about?’ and personally, I agree with that. But for me to show up at an awards show with a man would be jaw-dropping to people. It wouldn’t be like, ‘Oh, cool!’…You know that thing—stand for something or you’ll fall for anything? That sounds like something someone in country music would say. But if you stand for something and it’s not what they stand for, then they hate it. I’ve done more than I ever thought I would.”

He said he had “marginalised” his sexuality throughout his career to “feel better about it”, but he now embraces his identity fully and has found happiness: “At this point, my happiness is more valuable than anything else I’d ever be able to achieve.” His brother, John Osborne, shared his support for T.J, recalling the moment he came out: “He was very open and candid about it, and I was emotional, because my brother was finally able to be completely honest with me about who he was.”

Many have praised T.J. for his openness, with fellow country singer Kacey Musgraves tweeting: “Overcome with joy. He’s one of my best friends and one of the bravest people I know. Love you, TJ. Celebrating you today.” Singer Ryan Hurd also shared a message of support for Osborne on Twitter: “Love you, TJ Osborne! Proud to know you and thankful for your story!”